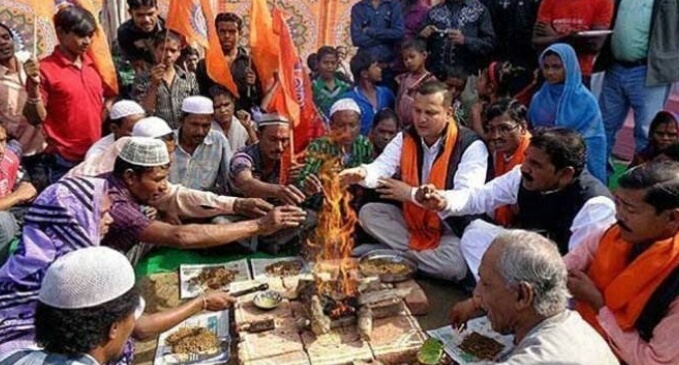 12 Muslim families have been “forcibly” converted to Hinduism and they are now receiving threats saying that they would be driven out  of their village, Harewali, which is located in Bawana district of India’s northern state of Haryana, Urdu daily, Inquilab, reported on 22 May.

Choudhary Ikram, a village resident, who has filed a police complaint about the same, said, “They have been told if they have to live in the village they will have to live as Hindus only”. He added they are facing a threat to their lives.

Ikram maintained that the “forcibly converted” people are Muslims. They are performing Islamic prayers but they are being pressurised [to change their religious practices.

Advocate Anwar Siddiqui, who is helping the families with filing legal petitions in the court, has maintained the police have not taken necessary measures to save them from forced conversion.

The conversion took place in the wake of mainstream Indian media outlets’ efforts to portray Muslim as spreaders of Covid-19.

This began on 15 May when some people beat a man, Dilshad accusing him of spreading the coronavirus after he reached his village after attending a religious conference organised by Islamic missionary group, Tablighi Jamaat [in Bhopal, capital of the central state of Madhya Pradesh.

Following the incident, a group of people “forcibly” took Dilshad’s family members to a temple and made them convert to Hinduism and drink cow urine. Later, they forced a total of 12 Muslim families to adopt Hinduism. 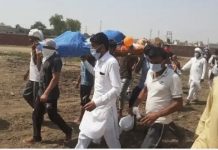