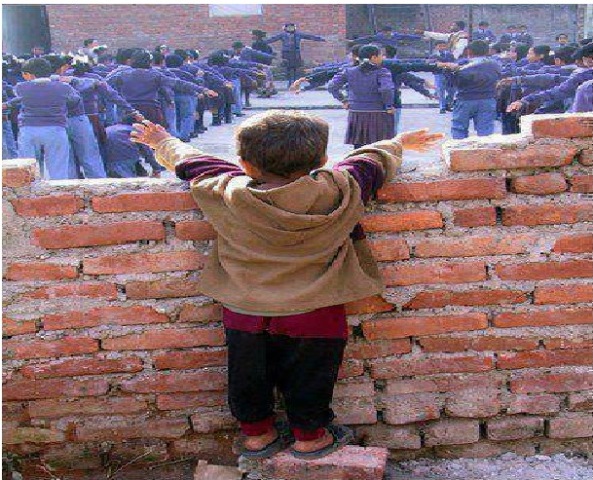 New Delhi /New York: More than 175 million children – around half of pre-primary-age children globally – are not enrolled in pre-primary education, missing a critical investment opportunity and suffering deep inequalities from the start, UNICEF warned in a new report released today. It also revealed that approximately 20 million children were still not attending any pre-school programmes in India and quality education is a matter of concern.   In low-income countries, the picture is much bleaker, with only 1 in 5 young children enrolled in pre-primary education. The report said India lacks

“Pre-primary schooling is our children’s educational foundation – every stage of education that follows relies on its success,” said UNICEF Executive Director Henrietta Fore. “Yet, too many children around the world are denied this opportunity. This increases their risk of repeating grades or dropping out of school altogether and relegates them to the shadows of their more fortunate peers.”

The report titled as ‘A World Ready to Learn’ is recommended prioritizing quality early childhood education. It is first ever global report on pre-primary education – reveals that children enrolled in at least one year of pre-primary education are more likely to develop the critical skills they need to succeed in school, less likely to repeat grades or drop out of school, and therefore more able to contribute to peaceful and prosperous societies and economies when they reach adulthood.

Children in pre-primary education are more than twice as likely to be on track in early literacy  and numeracy skills than children missing out on early learning.

In India, more than 70 per cent of children in the age group of 3-6 years participated in pre-primary education in 2014[1], however the quality of pre-school education remains an area of concern. Furthermore, while participation levels are high, approximately 20 million children were still not attending any pre-school programmes, and of these, more than a third (or 35 per cent) of children are from the poorest families.

According to report, government- run anganwadi  centres and privately managed pre-schools are the two major models of early childhood education available in India today. While the two programmes are very different on a range of parameters, quality remains an area of concern. It is important to design a flexible, play-based, foundational curriculum for 3-to 8-year-olds along with an early learning continuum from pre-school to early grades in school. To support this, there is need to develop a customized teacher education curriculum to train teachers appropriately. As recommended by the National Early Childhood Care and Education Policy (2013), a regulatory framework for ensuring quality, especially developmentally appropriate practices for children, needs to be put in place to cover pre-schools across private, public and voluntary sectors.

The report notes that household wealth, mothers’ education level and geographical location are among the key determinants for pre-primary attendance. However, poverty is the single largest determining factor.

Some key findings of the report are as followed:

Role of poverty: Across 64 countries, the poorest children are seven times less likely than children from the wealthiest families to attend early childhood education programmes. For some countries, the rich-poor divide is even more apparent. For example, children from the wealthiest households in the Republic of North Macedonia are 50 times more likely to attend pre-primary education than those from the poorest.

Impact of conflicts: More than two thirds of pre-primary-age children living in 33 countries affected by conflict or disaster are not enrolled in early childhood education programmes. Yet, these are the children for whom pre-primary education has some of the greatest benefits. Pre-primary education helps young children affected by crises overcome the traumas they have experienced by giving them a structure, a safe place to learn and play, and an outlet to express their emotions.

Cycle of educational achievement: Across countries with available data, children born to mothers who have completed secondary education and above are nearly five times more

likely to attend an early childhood education programme than children whose mothers have completed only primary education or have no formal education.

“If today’s governments want their workforce to be competitive in tomorrow’s economy, they need to start with early education,” said Fore. “If we are to give our children the best shot in life to succeed in a globalized economy, leaders must prioritize, and properly resource, pre-primary education.”

UNICEF is urging governments to make at least one year of quality pre-primary education universal and a routine part of every child’s education, especially the most vulnerable and excluded children. To make this a reality, UNICEF urges governments to commit at least 10 per cent of their national education budgets to scale up early childhood education and invest in teachers, quality standards, and equitable expansion. 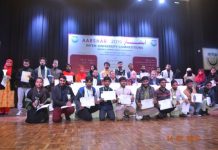 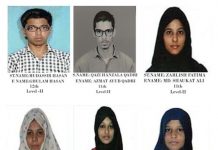 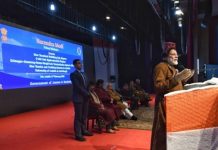 Students from abroad must come to India to study: Modi