DHAKA, Bangladesh Twenty-three Rohingya refugees girls aged between 15 and 22, have been rescued from being trafficked to Malaysia in the capital Dhaka in Bangladesh, a police official said.

Islam said the traffickers have brought the refugees to Dhaka from Cox’s Bazar and kept them confined at a house.

Rohingya, described by the UN as the world’s most persecuted people, have faced heightened fears of attack since dozens were killed in communal violence in 2012.

According to Amnesty International, more than 750,000 Rohingya refugees, mostly women, and children, have fled Myanmar and crossed into Bangladesh after Myanmar forces launched a crackdown on the minority Muslim community in August 2017.

More than 34,000 Rohingya were also thrown into fires, while over 114,000 others were beaten, said the report, titled “Forced Migration of Rohingya: The Untold Experience.”

The UN has also documented mass gang rapes, killings — including of infants and young children — and brutal beatings and disappearances committed by Myanmar state forces.

In a report, UN investigators said such violations may have constituted crimes against humanity and genocidal intent.Agencies 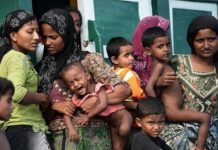 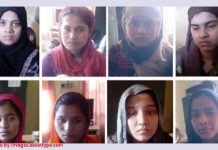