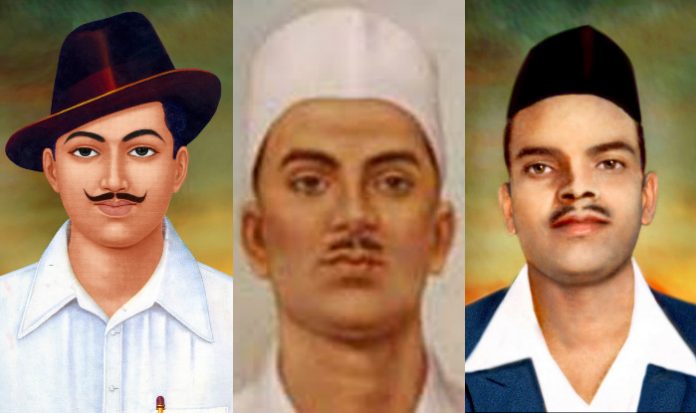 This 23rd March (2018) is the 86th anniversary of the martyrdom of three great revolutionaries, Bhagat Singh, Rajguru and Sukhdev. They were hanged for the crime to overthrow the alien British rule in India. The colonial rulers like elsewhere thought that with the physical elimination of these freedom fighters their ideas and dreams of a democratic-secular and egalitarian independent India would also die. The rulers were patently wrong as these revolutionaries and heir ideals continued to be an integral part of the Indian people’s collective memory.

However, on 86th anniversary of their martyrdom we should not overlook the fact, that though these were the British, who hanged them but there were organizations like Hindu Mahasabha, RSS and Muslim League in pre-1947 India which not only remained alien to the ideals of these revolutionaries but also maintained a criminal silence on their hanging. Shockingly, RSS which claims to be the sole repository of Indian nationalism and patriotism, kept aloof consciously from the anti-colonial struggle, has lately been making all out efforts to own Bhagat Singh as its hero too. It displays his photos in its public meetings but also twists facts as per its polarizing agenda. For instance, when Valentine’s Day is celebrated in India on February 14, it comes out every year with sensational messages on social media that this day should be mourned as black day instead as it was on this day that Bhagat Singh, Rajguru and Sukhdev were hanged. It is atrocious and shows not only disregard of facts but also farcical love for revolutionaries by the RSS. They were hanged on March 23, 1931.

Two years back Hindi organ of the RSS, Panchjanya came out with a special issue on Bhagat Singh while its English organ Organizer kept itself out of it. It has also has been churning out literature making astonishing claim that Keshav Baliram Hedgewar, founder of the RSS met Bhagat Singh, Rajguru and Sukhdev in 1925 and continued attending meetings with these revolutionaries and even provided shelter to Rajguru in 1927 when he was underground after killing Sanders.[i] We need to compare these claims of the RSS with its own contemporary documents. Madhukar Dattatreya Deoras, the third chief of the RSS, narrated an incident when Hedgewar saved him and others from following the path of Bhagat Singh and his comrades. Interestingly this appeared in a publication of the RSS itself:

“While studying in college (we) youth were generally attracted towards the ideals of revolutionaries like Bhagat Singh. Emulating Bhagat Singh we should do some or other act of bravery, this came to our mind often. We were less attracted towards Sangh (RSS) since current politics, revolution etc that attracted the hearts of youth were generally less discussed in the Sangh. When Bhagat Singh and his companions were awarded death sentence, at that time our hearts were so excited that some friends together [we] vowed to do something directly and planned something terrible and in order to make it succeed decided to run away from homes. But to run away without informing our Doctorji [Hedgewar] will not be proper, considering it we decided to inform Doctorji about our decision. To inform this fact to Doctorji was assigned to me by the group of friends.

“We together went to Doctorji and with great courage I explained my feelings before him. After listening to our plan Doctorji took a meeting of ours for discarding this foolish plan and making us to realize the superiority of the work of Sangh. This meeting continued for seven days and in the night from ten to three. The brilliant ideas of Doctorji and his valuable leadership brought fundamental change in our ideas and ideals of life. Since that day we took leave of mindlessly made plans and our lives got new direction and our mind got stabilized in the work of Sangh.”[ii]

Moreover, there are ample proofs available in the documents of the RSS that establish the reality that the RSS denounced movements led by revolutionaries like Bhagat Singh, Chandrashekar Azad and their associates. Here is a passage from Bunch of Thoughts [collection of speeches and writings of Golwalkar treated as a holy book by the RSS cadres] decrying the whole tradition of martyrs:

“There is no doubt that such men who embrace martyrdom are great heroes and their philosophy too is pre-eminently manly. They are far above the average men who meekly submit to fate and remain in fear and inaction. All the same, such persons are not held up as ideals in our society. We have not looked upon their martyrdom as the highest point of greatness to which men should aspire. For, after all, they failed in achieving their ideal, and failure implies some fatal flaw in them.”[iii]

“It is obvious that those who were failures in life must have had some serious drawback in them. How can one, who is defeated, give light and lead others to success?”[iv]

Thus, according to Golwalkar’s philosophy of life since Bhagat Singh and his companions did not succeed in achieving their goal so they did not deserve any respect too. According to his formula the British rulers would be the natural object of worship as they won and were able to kill revolutionaries like Bhagat Singh.  It is difficult to find a statement more insulting and denigrating to the martyrs of the Indian freedom movement than this. It will be shocking for any Indian who loves and respects the martyrs of the freedom movement to know what Dr. Hedgewar and the RSS felt about the revolutionaries fighting against the British. According to his biography published by the RSS,

“Patriotism is not only going to prison. It is not correct to be carried away by such superficial patriotism. He used to urge that while remaining prepared to die for the country when the time came, it is very necessary to have a desire to live while organizing for the freedom of the country.”[v]

Even the word shameful is not appropriate to describe the attitude of the RSS towards those who had sacrificed everything in the struggle against the British rulers. The last Mughal ruler of India, Bahadurshah Zafar, had emerged as the rallying point and symbol of the Great War of Independence of 1857. Golwalkar while making fun of him wrote:

“In 1857, the so-called last emperor of India had given the clarion call— Ghazio mein bu rahegi jub talak eeman ki/Takhte London tak chalegi tegh Hindustan ki (As long as there remains the least trace of love of faith in the hearts of our heroes, so long, the sword of Hindustan will reach the throne of London.) But ultimately what happened? Everybody knows that.”[vi]

“But one should think whether complete national interest is accomplished by that? Sacrifice does not lead to increase in the thinking of the society of giving all for the interest of the nation. It is borne by the experience up to now that this fire in the heart is unbearable to the common people.”[vii]

Perhaps this was the reason that RSS produced no freedom fighter what to talk of a martyr against the colonial rule. Unfortunately, there is not a single line challenging, exposing, criticizing or confronting the inhuman rule of the British masters in the entire literature of the RSS from 1925 to 1947. It seems it had only one task to accomplish and that was to fracture the united freedom struggle of the people of India. The democratic-secular India must challenge this evil appropriation of its heroes by the Hindutva gang.[viii] We should not allow this communal gang to kill Bhagat Singh, Rajguru and Sukhdev once again.

[viii] This evil appropriation of India’s freedom struggle icons by the RSS has another dimension which we should not overlook. Mahatma Gandhi, Baba Saheb Ambedkar, Bhagat Singh, Rajguru and Sukhdev whom RSS wants to appropriate lived and died for a democratic-secular India which RSS abhors and decried all attempts to establish Hindu state in India unequivocally. 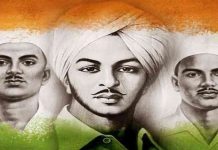 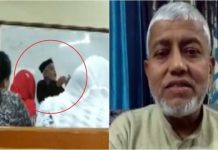 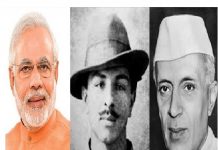