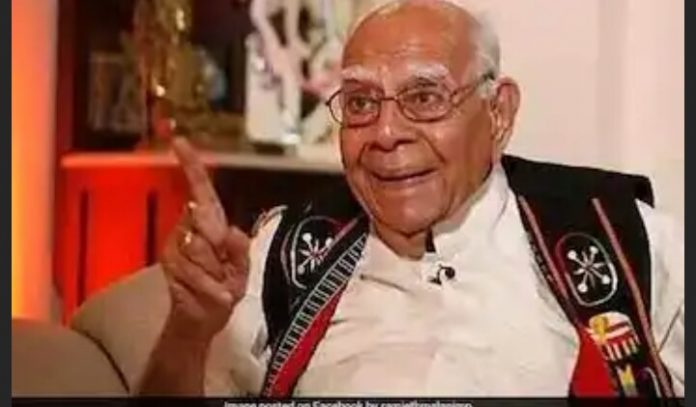 He had also served as the Minister of Urban Development in the Atal Bihari Vajpayee-led NDA government. In 2010, he was elected as the President of the Supreme Court Bar Association.

He was first elected to the Lok Sabha in 1977. He took charge as Union Minister of Law, Justice and Company Affairs in October 1999 until July 2000 in the Vajpayee.

A noted criminal lawyer, Jethmalani has been part of legendary cases including the famous multi-crore 2G allocation case.

Jethmalani has also written various books including the “Conflict of Laws”, “Justice: Soviet Style” and “Big Egos and Small Men”.

Specialist in Criminal and Constitutional Law, he was also a part-time professor in Government Law College (Mumbai), Jawaharlal Nehru University (New Delhi) and Wayne State University in the US.

He also was made Chairman of the Bar Council of India in 1970 and member of International Bar Association in 1966.