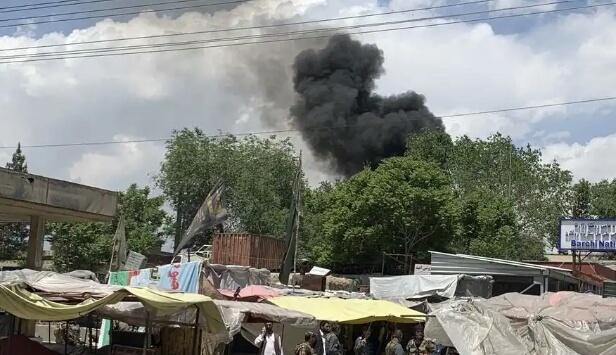 Kabul : Armed  have  attacked a medical clinic in the Afghan capital. It was not immediately clear who was behind the attack.

Gunmen stormed a Doctors Without Borders medical clinic in the western part of the Afghan capital city of Kabul on Tuesday, setting off a gun battle with police and security forces, according to the Afghan Interior Ministry.

At least 13 people — including two infants — were killed in in the attack on Dasht-e-Barchi Hospital, and 15 others were wounded, officials said.

“Our special forces are in the area,” said Marwa Amini, a spokeswoman for the ministry, adding that special police units have cordoned off the site and are trying to bring the situation under control.

There was no immediate claim of responsibility, however the Taliban denied it was behind the attack.

The Interior Ministry said that more than 80 civilians including children were rescued by special police forces. Pictures released by the ministry showed security forces rescuing babies, women and medical workers from the hospital.IANS