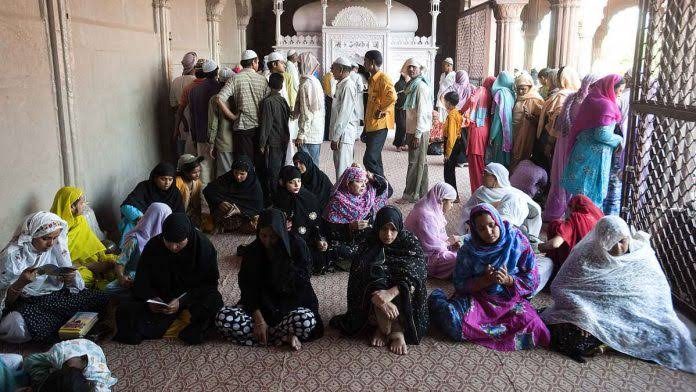 New Delhi, Jan 29: The All India Muslim Personal Law Board (AIMPLB) in an affidavit in the Supreme Court on Wednesday said the entry of women into mosques is permitted, and that there is no restriction on men and women praying together.

The affidavit was filed in response to a petition filed by a Maharashtra-based Muslim couple demanding that women should be allowed to “worship in all mosques” and cited discrimination against them currently in practice at various mosques.

The issue will also be taken up by nine-judge bench constituted to examine the legal question associated with the discrimination against women in connection with their entry into various religious places, which includes Sabarimala temple.

The Board in its response said, “The present respondent (AIMPLB) has taken a stand, as per Islamic texts, that entry of woman into mosque for namaz is permitted. Any other ”fatwa” to this effect may be ignored.”

However, the Board also contended that the sanctity of ”fatwa” is an opinion based upon religious texts, doctrine and their interpretation and has no statutory force, and the court has no jurisdiction to restrain ”fatwa”.

“In case, if some believer of Islam is of the opinion that he/she needs religious opinion/fatwa, based upon interpretations of religious texts, then delivering of ”fatwa” on that issue cannot be restrained by judicial order of this court as the same shall directly hit the right and freedom of religious belief of an individual”, said the Board in the affidavit.

In October 2019, the apex court had issued notice on the plea of Yasmeen Zuber Ahmad Peerzade and Zuber Ahmad Nazir Peerzade, who contended restrictions on entry of Muslim women in mosques across the country were unconstitutional and violates fundamental right to life, equality and gender justice.

The plea sought direction to the government authorities and Muslim bodies to allow entry of Muslim women into mosques to offer namaz there. The plea also contended that in mosques where women are allowed, there should be no segregation — separate entry, exit or a separate praying area.

The Board said it does not want to comment on any contrary religious opinion to this effect.

“Islam has not made it obligatory on Muslim women to join congregational prayer nor is it obligatory for woman to offer Friday namaz in congregation though it is so on Muslim men. The Muslim woman is differently placed because as per doctrines of Islam, she is entitled to the same religious reward for praying as per her option either in masjid or at home”, said the affidavit.

However, it said the practice of religion on the places of worship are purely private bodies regulated by ”Muttawalis” of the Mosques. We being body of experts, without any state powers, can only issue advisory opinion, based on Islam.

“The answering Respondent (AIMPLB), and this court for that matter, cannot enter into the arena of detailed arrangements of a religious place, which is completely privately managed entity for religious practices of believers in a particular religion”, contended the Board.