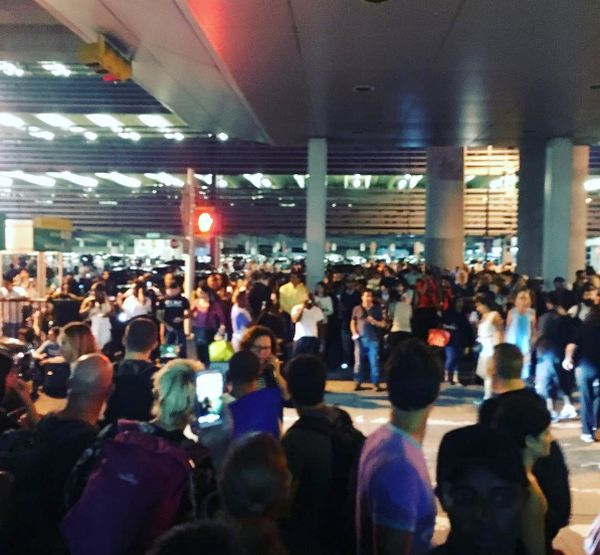 New York, Aug 15 : Police have given the all-clear at New York’s JFK International Airport after there were reports of shots fired inside Terminal 8 on Sunday night.

There were no injuries or arrests, and no confirmation of shots fired.

“Preliminary investigation does not indicate shots were fired inside JFK. At this time, no gun shells or other evidence of shots fired was found. Th terminal was evacuated for caution,” CNN quoted a tweet by Port Authority police.

A ground stop was issued due to “security”, according to the Federal Aviation Administration (FAA) command system website. It was not clear how much longer that will be in effect.

Video and photos from the scene showed hundreds of stranded passengers waiting outside the terminal.

The New York Police Department told CBS News that multiple calls started coming in around 8.34 p.m. of reports of shots fired in Terminal 8.

Law enforcement officials said an argument appeared to take place at a ticket counter in Terminal 8 that may have resulted in someone screaming about a gun or shots fired, spurring bystanders to run, NBC News reported.—IANS