Addressing media persons at Akola, he said that there was “no point to continue negotiations with the Congress as there would be no positive result”.

“The Congress keeps telling us that we must fight the Lok Sabha polls as an alliance against the Bharatiya Janata Party. But they have already declared 22 candidates. They don’t want to give us any representation,” Ambedkar, the grandson of B.R. Ambedkar said.

Accordingly, the BBM-AIMIM has decided to put up candidates in all 48 Lok Sabha constituencies in the state, he said.

This was the second major upset for the Congress on Tuesday after Sujay Vikhe-Patil, son of its Leader of Opposition in the Assembly Radhakrishna Vikhe-Patil, joined the ruling BJP and may be fielded from the Vikhe-Patil bastion Ahmednagar.

Last year, the BBM and the AIMIM entered into a strategic political tie-up naming it as “Vanchit Bahujan Aghadi” (VBA) which has several Dalit, tribal, Muslim, Dhangar, Koli and Agri community leaders and groups as alliance members.

The VBA had demanded at least 12 seats from the Congress-NCP alliance which was prepared to part with only four seats.

A worrying factor for the Congress is Ambedkar himself planning to contest against Congress strongman and Dalit leader Sushil Kumar Shinde in his home constituency Solapur.

So far the Congress has not officially reacted to the BBM-AIMIM’s latest challenge which poses a severe test for the Opposition unity both in Lok Sabha and the Maharashtra Assembly elections due by October.(IANS) 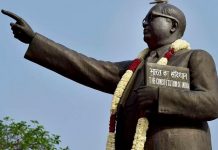 Agra : Ambedkar statue to be replaced with Deen Dayal 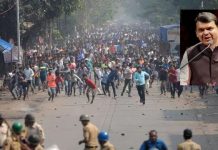 No evidence of Hindutva leader’s involvement in Pune riots: Fadnavis 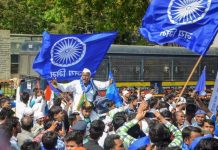