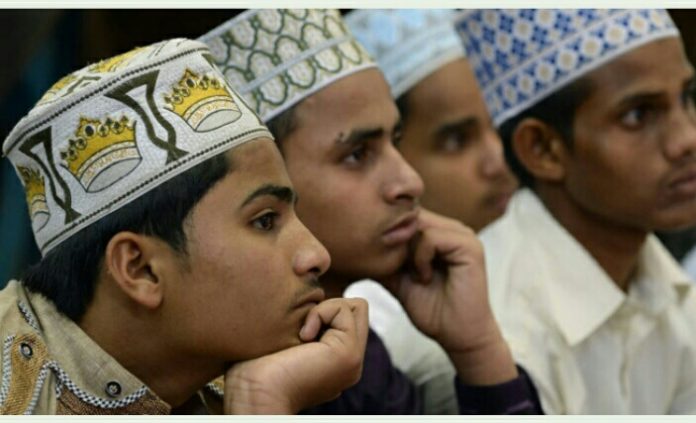 It is the morning of 23rd May, the counting of votes has been going on from sometime and today is the day of declaration of the results of the world’s largest democracy. I find myself praying earnestly for the defeat of Mr. Modi, the present prime minister of India. The narrative of top journalists and top Media outlets, nationally and internationally, if brought down broadly would be one – the politics of Mr Modi must be rejected for the sake of democracy, the politics of hate must not be the voice of a governing body. In the words of journalist and writer, Rana Ayyub to AJ+, ‘If Mr. Modi is re-elected despite his performance and his role and his attitude towards Muslims in the last 5 years and the hate policies and hate politics, then it will be seen as a mandate amplify that hate against Muslims’.

Amidst all these voices- of concern, of despair, of fear- notwithstanding the noise of the saffron supporters of an imminent win, I would add my voice too. I would like to address Muslims in an open letter sharing the questions and conclusions crossing through the mind of a normal, not – so – anti-national Indian Muslim.

We are witnessing today a global war against Muslims and Islam under the bogus cover of terrorism which has now clearly begun to tear off. In Palestine, Israel has been waging a brutal war against civilians. It has been rapped by Amnesty International and other human rights protection groups dozens of times for gross violation of human rights. In China, Uygur Muslims are facing 21st century Hitler style prosecution. In Syria, Russian and US coalition backed strikes have killed more than 600, 000 and still counting. In Yemen, more than 70000 civilians have been killed since 2016 by US and Israel’s strongest ally, Saudi Arabia. The tolls of Iraqi and Afghanistani wars are far too many to put down on paper, long gone to be accounted for. The only unveiling left are the stories of Army brutality one hears now that the veterans are being treated for PTSD. And in the latest development, we see that US is lusting for war against Iran just like it went ahead in Iraq.

If we pay attention to the occurrences, the pattern is quite obvious. The great superpowers of the world, the militarily, economically and “intellectually” leading states of the world are responsible for the creation of terrorism, arming rebels in distraught regions of a country, contributing to instigation and disorder in the functioning of any country eventually leading to a complete collapse of the governing body therefore massacring millions of Muslims, unscathed and honorably.

The paradigm of Evil, war, violence or abuse being perpetrated today can be understood unmistakably through the answer of these three questions.

Connecting them closer home, to the incidents of mob violence, lynchings, intolerance and otherisation of Muslim community, the complicity of state and individuals becomes clearer.

Everything aside, the single most uninterrupted streak of all accounting is this- it has always, only been the Muslim community at the receiving end. As much dangerous as it may sound, I find another intriguing side to it. What such does the Muslim community possess which has the greatest powers of the world on it’s toes? The single most persecuted community of the world today, events tell me, holds a secret unbearable to the world leaders at large. If I try to look up in the education system, I find the community’s language erased, history erased, inventions and accomplishments erased, victories and conquers erased. There cannot be any conversation regarding its Political Theory or economical policies or social system except of course the stoning law.

Is it fear which is dominating the rush of violence against Muslims? But then, fear of what? The system controlling the world today is openly violent, unjust and unequal. So the only forces it would oppose will be of peace, justice and equality.

Unequivocally, these are the powers we as a Muslim community hold within us. This is the secret of our policies which the evil powers are desperately trying their best to stanp out. Do they forget that after the darkest part of the night comes the day? Never has the night stayed, never has the sun delayed. This is my message to my people, brace yourselves, and stand up stronger than ever before! You will be the revivalist. The world needs your secret, for heroism is the only antidote to evil.