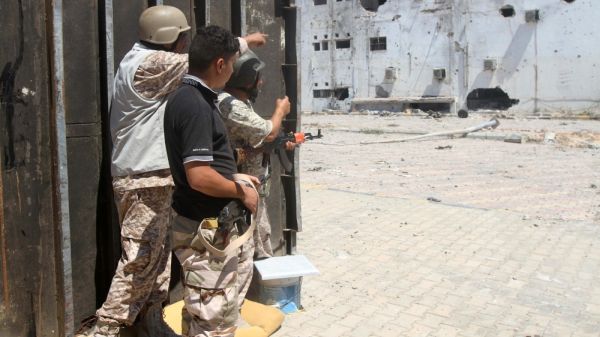 It was just before Eid-al Fitr that the Chilcot Report was released at London, which charged Blair for imposing war on Iraq without any plausible reasons. The report categorically declared that there was no evidence of the weapons of mass destruction in possession of Saddam Hussein. And on the eve of Eid-al-Adha another report has appeared in London, this time on Libya, which clearly states that the attack on Libya was totally unwarranted. The attack on Iraq resulted in the death of more than 3 million innocent Iraqis either as the direct result of the war or as the indirect consequences in subsequent years. The Libyan intervention has already resulted in the loss of more than one hundred thousand lives. Yet, there is no call for declaring these slaughters of human beings as “carnages”, no feeling of compunction in the Western capitals, no clear apologies, no talk of any compensation and no promise of non-intervention in the future. If they are concerned about anything, it is the loss of their own lives, which do not count more than two hundreds, their own loss of money and their own problems. And the Muslim World of course is again busy celebrating another Eid. There is absolutely no call for universal condemnation, no demands of apologies, no demands of compensations and no demands of non-intervention in the future.

And the irony is that still whenever there is a debate on terrorism – and it goes unabated for years—there is never a threadbare discussion on the role of West and Western carnages in the Muslim World. Millions of Muslim lives do not matter; a few hundred Western lives do.

“A UK parliamentary report has severely criticised the intervention by Britain and France that led to the overthrow of Libyan leader Muammar Gaddafi in 2011.

It said the intervention had not been “informed by accurate intelligence”, and that it led to the rise of so-called Islamic State in North Africa.

The UK government said it had been an international decision to intervene….The action had been called for by the Arab League and authorised by the UN Security Council, the Foreign Office added.

An international coalition led by Britain and France launched a campaign of air and missile strikes against Muammar Gaddafi’s forces in March 2011 after the regime threatened to attack the rebel-held city of Benghazi.

But after Gaddafi was toppled, Libya descended into violence, with rival governments and the formation of hundreds of militias,”

The main findings of the Report include the following:

§ It saw no evidence that the UK Government carried out a proper analysis of the nature of the rebellion in Libya. UK strategy was founded on erroneous assumptions and an incomplete understanding of the evidence

§ The limited intervention to protect civilians had drifted into an opportunist policy of regime change. That policy was not underpinned by a strategy to support and shape post-Gaddafi Libya

§ Political engagement might have delivered civilian protection, regime change and reform at lesser cost to the UK and to Libya

“But the foreign affairs committee said the government “failed to identify that the threat to civilians was overstated”, adding that it “selectively took elements of Gaddafi’s rhetoric at face value”.

The government also failed to identify the “militant Islamist extremist element in the rebellion”, the MPs said.

“The possibility that militant extremist groups would attempt to benefit from the rebellion should not have been the preserve of hindsight,” the committee said, adding: “UK strategy was founded on erroneous assumptions and an incomplete understanding of the evidence.”

“A UN Security Council resolution with Arab backing authorised the use of “all necessary means” to protect civilians and enforce a ceasefire and no-fly zone against Gaddafi’s forces.”

When will the Western stooges controlling Muslim governments feel the weight of their conscience to question their masters is something which is almost impossible to answer, given the current state of awareness in the Muslim World? West will find another reason for military intervention in a Muslim country and Muslim governments will again be lining up for support to them. And again the irony is that while Syrian crisis is almost always in the news, there is hardly any focus on Libya. The reason is simple. While West has achieved its objective of the regime change n Libya, it yet to achieve it in Syria.

(Dr Javed Jamil is India based thinker and writer, He can be contacted at doctorforu123@yahoo.com )

4 thoughts on “Another UK Report, another proof of West’s carnages of Muslims”