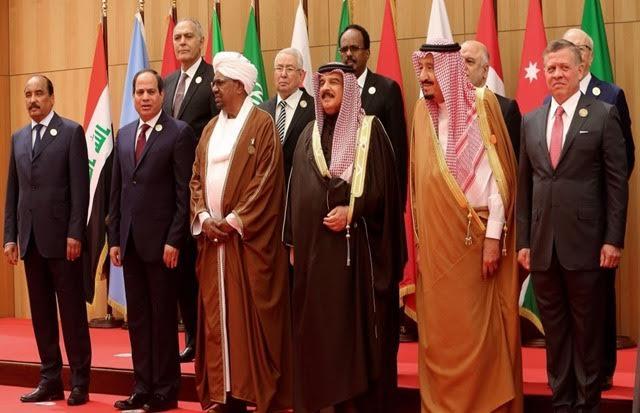 By Dr. Mahboob A. Khawaja, MuslimMirror.com

The world must save the Holy City from Israel, fearlessly confront false claims, challenge the cruelty and expose the lies. Campaigners for justice — and that includes civil society in all countries — need to re-frame the Palestine-Israel narrative and demolish the Zionist fantasy.……Zionists claim Jerusalem is theirs by right. Actually, it was already 2000 years old and an established, fortified city when captured by King David. It dates back 5000 years and the name is derived from Uru-Shalem, meaning “founded by Shalem (the Canaanite God of Dusk)” .

Why the Arab World is Divided and Defeated?

The contemporary Arab world is fraught with animosities. Common sense stops at various levels to reflect on the real problems. Revitalization of historic ignorance, authoritarian greed of power, sectarian hatred and missing sense of moral and intellectual visionary leadership to deal with the contemporary problems of political transformation. Divided and defeated by scheme of things, once the Arab people were a model of progressive culture of Islamic unity respecting the human freedom of thoughts and actions, ethnic diversity, equality, social justice and emancipation of sustainable future. The Arab progressive civilization flourished in Al-Andulsia (Spain) for almost thousand years. It was all destroyed by the Crusaders and later on by Western colonization scheme and affluent agents of foreign influence-the tribal leaders and continuous warfare for hegemonic political control of the natural resources.

American-led warfare has ruptured the Arab world’s integrity and unity on several fronts. Most recently, President Trump has challenged the global consciousness on the status of Jerusalem. Jerusalem belongs to the humanity – to Jews, Christians and Muslims alike and is not the capital of Israel. One finds irrationality and trade-in of human rights, justice and freedom in Trump’s declaration to move the US Embassy from Tel Aviv to Jerusalem. Americans are not born with a national cause, the political elite invents the cause to maintain control over the masses. All nations want to be seen as relevant and influential- nothing wrong there. But to pick on Jerusalem and make it a deliberate historic blunder mocks the human nature and facts of history. The Arab leaders knew for long, it was coming-up for change. Yet they were sitting motionless and did nothing to challenge the absurdity of the current US administration. Do the Arab societies have intelligent leaders and enlightened scholars to speak out on this vital issue?  Why do the Arab leaders buy several billions worth of armaments from the US? Are the Arab leaders stupid and ignorant of the facts of prevalent global affairs? Do they have any sense of accountability to their people? The weapons and Arab armies will continue to be mobilized against the masses to forcibly displace them as refugees in foreign lands. Israeli politicians think critically, plan and act based on their national interest. There is a lot that the Palestinian leadership could learn while under occupation. They need new and intelligent leadership with vision, change and the spirit of freedom movement. The global humanity rejects the US contentious move to assign Jerusalem to Israel. At the UN Security Council 14 out of 15 members questioned the American rationality of the decision. At the UNGA, 128 voted against to rescind the US proclamation on Jerusalem. Even today USVP-Mike Pence spoke of the peace talks – a cynical and trivial lip service as if the global mankind is blindfolded on the US treacherous stance that is fast unfolding its own moral and intellectual downfall. If American leaders were sincere and objectively honest, they could have assisted both parties – Israeli and Palestinian to reach a workable peace plan without taking any sides of political wickedness. When facts of life warrant change, America is behaving as being a protectorate of Israeli dominance.

Of more importance is the spectator role of all the Arab rulers of the Middle East. How come after more than seventy years of freedom from the European imperialism, the Arab societies do not have any educated, responsible and intelligent leaders to offer sense of moral and political security to the people in crisis?  Why should President Trump and President Putin intervene to resolve the Arab leader’s adversity and intransigence against their own masses? Are the Arab rulers a dead-ended entity flourishing in the midst of daily civilian bloodsheds?  Where is the Arab leader’s moral and intellectual consciousness of the gravity of the crises and accountability to the people? Where is the so called economic prosperity that the Arabs were supposed to enjoin in the contemporary world? Does the Arab authoritarianism or the cruelty of systematic killings make any sense to a rational thinker?  The voices of reason and human conscience must speak loud and clearly.  There are no Arab leaders having legitimacy in political governance or having chosen by the Islamic principles of “Shura” (consultation) of the people. All the Arab states are in a state of political chaos, shattered dreams and extreme uncertainty lacking any proactive plan how to come out of the prevalent political ruthlessness and viciousness ordained by the rulers. The Arab people need no new enemies; the rulers are doing the job. The contemporary Arab rulers are the new age political monsters – facilitating a favorite perversion from the facts of life – the real issue of Palestine and peace with Israel is sidelined and being marginalized. There are no responsible Arab leaders to stand for facts of the Arabian political landscape and be productive. The focus should have been on Palestine and to pursue progressive negotiated resolution for the establishment of an independent State of Palestine and co-existing in peace with Israel. Those Palestinians pursuing the freedom movement need unity of minds, critical thinking and planned objective-oriented actions to communicate with the global humanity. Demonstrations, threat of boycotts and futile slogans will not change the realities on the ground.

Could the contemporary Arab leaders undermine  their own future?

With unstoppable cycle of political killings and daily bloodbaths in so many Arab states  – Syria, Iraq, Libya, Yemen, and spill-over impacts to other oil producing Arab nations – and reactionary militancy against the authoritarian rule and dismantling of the socio-economic infrastructures –  is the Arab world coming to its own end because of the sadistic authoritarian rulers?  The Arab leaders and the masses live and breathe in conflicting time zones being unable to see the rationality of people-oriented Islamic governance, the worst is yet to come, surrender to foreign forces as there are no leaders to think of the future or the Arab armies to defend the people. There are no educated, conscientious or publicly elected legitimate leaders in the Arab- Muslim world. There are no independent public institutions in the Arab world to provide critical and impartial analyses on the global political affairs or reflect on possible remedies for peace, conflict management and wars. Throughout the Arab-Muslim world, there is not a single established university teaching global peace, security and conflict management – the institutions dealing with the present and envisioning the future that the Western nations are built upon for change and development. Leaderless Muslim masses appear desperate to look for a visionary and intelligent leader to offer some sense of moral and intellectual security. Across the Arab – Muslim countries, leaders live in palaces, not with people. If there were educated and intelligent leaders in the Arab world, one could reason the unreason. But the oil exporting Arab leaders operate from a position of political weakness, not of strength to play any useful role at the global political theatre.

Islam professed reason, unity and tolerance as vital components of the public governance. Many ego-centric Arab rulers have a smug sense of self-righteousness as they continue to enforce wrong thinking, wrong ideas and wrong priorities to extend much hated political dictatorships. The Arab police states flourish because of the false motives, political deception, taunting malice, lack of understanding of the phenomenon of political change and disorientation to the real problems of social – political life. The masses and the rulers need to look at themselves in the mirror. How should the global community view the contemporary Arab societies living under obsessed conspiracies of power and corruption of tribal authoritarianism for over half a century? They are a failure on all the major frontlines of global affairs. Palestine issue is not resolved because the Arab states are weak and indifferent to the focal issue of the Middle East political lifelines. What happened to their Islamic culture, values and glorious civilization? Was the petrodollar a conspiracy (“fitna”) to disconnect the Arab people from the Islamic civilization? Ironically, how the few tribal leaders could have managed the time and history on their own unless large segments of the masses were complicit in making the tragedy of deaths and destruction?

The compelling realities across the beleaguered Arab world demand new thinking, new proactive visionary leadership, men of new ideas and plans to deal with unwarranted bombing of the civilian population, wholesale deaths and deliberate destruction of the Arab people and culture and millions of displaced refugees-nowhere to go. These are highly urgent and sensitive issues of the 21st century politics, individual absolutism, human freedom and justice involved in cross-cultural conflicts. There are countless issues to be addressed across the socially, economically and political broken, dysfunctional and sometimes badly ruptured Arab societal landscape. Failure to tackle these volatile issues will collapse the Arab’s freedom, culture and futuristic sustainability. Proactive visionary leadership and political accountability are critical to imagine a sustainable future.

Time and history are not on the side of the besieged rulers doomed to be replaced by those friendly to the Western powers and new political imagination of the people seeking societal change. As it stands now, Arab leaders have no other thought and priority except to check the depleted oil prices, and count the dead bodies – soon they could be part of abstract statistic debated and defined by the American and Europeans warriors as to how the Arabs lost their national freedom, human dignity and oil pumping economic hollowness. To reverse the naïve blunders for accidental change, taunting malice and missing understanding of transformational leadership and to strike a rational outlook for the future, this author (“Arab Leaders Count Dead Bodies but Peacemaking is not the Aim.” Uncommon Thought Journal, 2/19/2015),offered the following insight and reminder to all concerned across the Arab world:

Once the Arabs were leaders in knowledge, creativity, science and human manifestation, progress and future-making – the Islamic civilization lasting for eight hundred years in Al-Andulsia- Spain. But when they replaced Islam – the power and core value of their advancements with petro-dollars transitory economic prosperity, they failed to think intelligently and fell in disgrace and lost what was gained over the centuries. They relied on Western mythologies of change and materialistic development which resulted in their self- geared anarchy, corruption, military defeats and disconnected authoritarianism. The Western strategists ran planned scams of economic prosperity to destroy the Arab culture with their own oil and their own money turning them redundant for the 21stcentury world. Today, the Arab leaders are so irrational and cruel that they reject all voices of reason for change and human development only to bring more deaths and destruction to their societies.