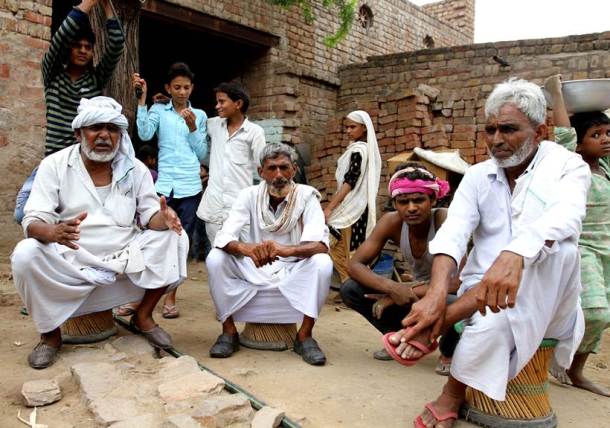 Since late eighties and especially after the demolition of Babri Mosque in 1992 by Hindutva forces in the presence of the observer of Supreme Court of India (SCI), the Indian Muslims have allowed secularism to be destroyed in India by their acts of omission. The Muslims could have saved secularism in India as mentioned at https://www.pakistanchristianpost.com/opinion-details/3316  , but by not filing 6 writ petitions in Courts Indian Muslims has paved the way for the political ascendency of BJP / Hindutva forces.

Now that the BJP has secured nearly 350 seats and the opposition parties Congress and its allies (UPA) secured about 95 seats. The remaining seats which are about 100 have been secured by small parties and independent candidates.

The BJP & its allies need 362 members for 2/3rd majority and they can easily manage it (either under pressure from Hindutva forces or by offering ministerial positions to small parties and independents).

This 2/3 majority is bound to embolden the Hindutva forces in demanding the BJP to construct the Ram Mandir (which is the real cause of political ascendancy of Hindutva forces including BJP) and abolition of Article 370 of the Constitution of India.

On both these issues Indian Muslims are sensitive. Hindus have every chance of losing their case for Ram Mandir in SCI because Hindus are depending on the argument that Lord Rama was born at the disputed site of Masjid. But Muslims have adduced a very powerful & effective argument before the Court that ‘Ram Charit Manas’ (through which majority of Hindus know about the life of Lord Rama) written by Goswami Tulsidas after construction of Babri-Masjid in 16th century, does not mention about Lord Rama’s birth place to be at the disputed site.

So in such a scenario the Hindutva forces will demand BJP to bring a legislation to construct Ram Temple at disputed site which SCI (Supreme Court of India) will not allow as India is a Secular country. Obviously then Hindutva forces will have only one alternative left that is to ask BJP to bring constitutional amendment to convert India from Secular to Theocratic State, the ‘Hindu Rashtra’.

If SCI puts hurdle in this Constitutional amendment by saying that Secularism is the ‘basic structure of the Constitution’ then SCI can always be ‘disciplined’ by the threat of or actual impeachment especially when BJP & and its allies have 2/3rd majority in Parliament (separately or through joint session of Parliament).

As for abolition of Article 370 of the Constitution (which gives special status to the State of J&K) which Hindus want to be repealed (for changing the demography of Muslim majority Kashmir in favour of Hindus, on the excuse of fighting terrorism), will obviously trigger strong reaction not only in Muslim Kashmir but in Pakistan also. This will result in huge increase in terrorist activities (even by Pak proxies), loss of lives and bloodshed in Muslim majority Kashmir at the hands of security forces of India.

Mass scale communal rights & bloodbath is bound to follow abolition of Article 370, issue of Ram Mandir and making India a‘Hindu Rashtra’ due to the presence of militant Jihadis and global terrorists (like ISIS, Al-Qaeda, and various such organizations in Pakistan)  lurking around India.

If people still have any confusion about the political goal of BJP then the fielding of ‘Sadhvi’ Pragya (an accused of terrorist blast which has been termed in political discourse as Hindutva / saffron terrorism) as its candidate from Bhopal (where she won because Muslims are not defending Secularism) is ample proof that BJP is heading towards ‘Hindu Rashtra’. Here it is pertinent to add that in the interests of rule-of-law, I have been repeatedly asking Indian Muslims (to move SCI for restoration of Babri Masjid) through national and international media including in a prominent Islamic Indian newspapers as given at http://www.milligazette.com/news/15482-babri-masjid-muslim-leaders-are-going-against-themselves-and-islam  but Muslims have not done so which can only be due to one reason that Muslims do not want to protect modern & progressive secularism in India and instead want India also (like most of the Muslim countries) to become a medieval & oppressive Theocratic State, the ‘Hindu Rashtra’.

In a nut shell Indian Muslims can wake-up even now and file the said 6 writ petitions in the Courts.

The 6 writ petitions are:

Writ petition under Article 13 & 14 of the Constitution for quashing of discriminatory (especially against Muslims) all reservation laws which, in the name of backward castes, is given even to those Hindus castes which once ruled in India

Another writ under Article 13 & 14 of the Constitution for abolishing (discriminatory against Muslims etc and favouring Hinduism in a secular India) all the laws related to cow protection, beef eating etc which are the cause for lynching of Muslims and ‘Dalits’ in India

Writ petition regarding failure of the concerned authorities to discharge their duties under sections 129, 130, 131 Cr.P.C. and punishment (to executive magistrates and armed forces who failed in promptly stopping riots Delhi 1984 & Gujarat 2002) so that in the future riots (if any) can be stopped promptly and effectively.

Hem Raj Jain is the author of ‘Betrayal of Americanism’.