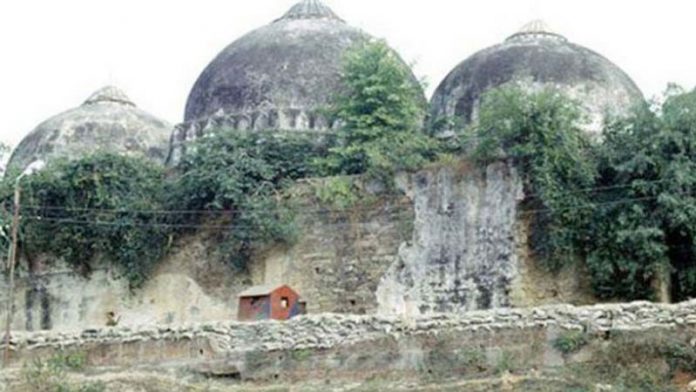 New Delhi, Oct 2 (IANS) For nearly two months, the five-judge Constitution bench headed by the Chief Justice has been occupied in the intense hearing of a politically vexed case in recent history — the Ramjanmabhoomi-Babri Masjid title dispute.

The sharp exchanges between the judges and the counsels, identical to a debate, have become the centrepoint of all activity in the apex court. Large volumes of advocates, often not involved in the matter, fill the visitors” area inside the courtroom to hear the intertwined argument on religious faith and its association with the law.

The five judges have apparently in an innovative methodology transitioned into distinct roles, portraying different skill-sets, in adjudicating the 70-year-old Ayodhya title dispute. Chief Justice Ranjan Gogoi has heard the arguments from both sides with immense patience, and gave a free-hand to counsels to argue their case.

Gogoi has also been upright in getting order in the courtroom. Though, he abstains from asking probing questions, but often engages other judges on the bench on several critical aspects in the case. He also drew a plan to wrap up the arguments by October 18, enabling the bench to produce the judgment before he retires on November 17.

Gogoi designed time-management framework where counsels of Ram Lalla Virajman, Nirmohi Akhara and Sunni Waqf Board have been specifically allocated time-period to complete their respective arguments. On Tuesday, as tempers grew stronger inside the court, he intervened to remind the Muslim parties that the Hindu parties have to be given equal opportunity to present their reply.

“We are being told same thing again and again. What you think there is no application of mind on this side (five judges on the bench). We have explained it many times. Let him (Hindu parties” counsel) argue,” said Gogoi in a strong tone to Muslim parties interrupting the arguments while repetitively mentioning their stand.

Gogoi has made it clear all sides have to stick to schedule formalized with their consent in the cross-appeals for the ownership of 2.77 acre dispute land.

Justice S.A. Bobde, second in seniority, have asked probing questions on the belief and faith of parties involved in the case. He had queried the Muslim parties on the essence of their holiest place and lately, queried the Hindu parties for relevance of attaching divinity to the birthplace of the god.

Bobde”s line of questioning has not been wavered by the high-pitch of the arguments. He had asked one of the Muslim counsels, if they accept Ram Chabutra as birthplace of Lord Ram, and queried him later after he retracted from this statement in the court. Bobde also smoothly handled barrage of arguments from Muslims parties attacking the ASI report and terming it inconclusive.

“We will test the validity of the inferences drawn from the ASI report. Both sides have relied on it, as there are no eyewitnesses,” he had told the Muslim parties.

Justice D.Y. Chandrachud has scrutinized the aspect of faith from a legal perspective, and often tested both parties on the relevance of their arguments in the realm of the existing legal regime. Apparently, Justice Chandrachud has most questions to both parties. He had even quoted references from the 6000-page judgement of the Allahabad High Court, and tested the validity of the arguments advanced by parties in the cross-appeals.

He plainly told the Muslim parties that the ASI report has been prepared by “studied minds, who have cultivated knowledge on archaeology” and it cannot be junked abruptly. The ASI was commissioned by the Allahabad High Court to conduct excavation in the area, and it concluded to a structure bearing resemblance of a Hindu temple below the mosque.

Justice Ashok Bhushan seems thorough with the High Court judgement, and often asked pointed queries. He has been dexterous in pulling out relevant information from the cross-examination of the witnesses, and often probed the counsels on the component of faith attached in the matter. His queries often made counsels uncomfortable, Rajeev Dhavan, appearing for Sunni Waqf Board, snapped saying, “I could see aggression”.

Later, Dhavan apologised to the bench. Bhushan has also minutely examined the picture evidence, 1950 pictures of the structure, in the case. He had scrutinized Muslims parties seeking clarification on various images found inside the disputed structure and then contextualised it with faith.

Justice S.A. Nazeer has patiently heard the counsels in the case. He reprimanded the Muslim parties” counsel on the ASI report. “You cannot equate the Commissioner”s report (ASI) to any other ordinary opinion. He conducted the dig at the disputed site on the directions of the judge. It is not just an opinion,” said Nazeer.

While the counsel was deriding the report referring to it just an opinion with minimum evidentiary value, Justice Nazeer replied, “How are you applying Section 45 of the Evidence Act, if it (archaeology) is not science from your point?” It is most likely the judges will continue to examine intense arguments from the parties, as the October 18 deadlines approaches.

(Sumit Saxena can be contacted at sumit.s@ians.in)