Ne Delhi:  Maulana Muhammad Wali Rahmani, who is a leading Islamic scholar and head of Imarat-e- Shariah Bihar, Jharkhand & Odisha in a statement issued here today expressed his disapproval of the state ban put on Popular Front of India in Jharkhand.

He Stated: “From the media, it has come to my notice that Jharkhand Government has again imposed ban on the activities of Popular Front of India by a government notification. The state government in a haste imposed the ban previously also on this organisation which was on false, fabricated charges.  That unlawful ban was later on quashed by the Hon’ble High Court of Jharkhand. Now the ban is imposed again on baseless allegations just to oppress the voices of those people who have been targeted with various atrocities on them. Popular Front of India is extending support to people victimized by acts of state terrorism. This ban is aimed to stop that support.”

Maulana Wali Rahmani termed the state government action as highly condemnable, anti-People, anti-constitutional and against the justice for all. The statement continued: “I am deeply feeling sorrow that BJP ruled states under Sangh Parivar all over India are creating such situations deliberately.”  Maulana further stated that organizations like Popular Front of India face worst unlawful actions and misuse of powers as part of the agenda of communal forces to spread hate and divide society. 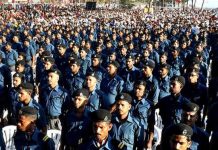 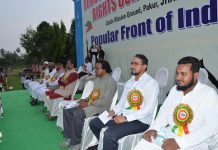 Jharkhand bans Popular Front of India for alleged IS links