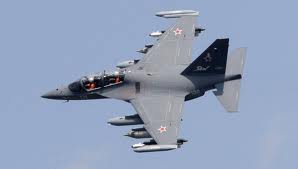 “Bangladesh has a whole list of arms it wants, but so far that is a state secret. I will reveal one little secret: The purchase of Yak-130 warplanes is a very significant subject of negotiations between Russia and Bangladesh,” Rosoboronexport deputy chief Viktor Komardin said at the Langkawi International Maritime and Aerospace exhibition (LIMA-2013) in Malaysia.

He added that negotiations on Yak-130s are due to begin later this spring.

Russia granted Bangladesh a $1 billion credit during the Bangladeshi prime minister’s visit to Moscow in January.

Some 20 Russian companies are taking part in LIMA-2013, which has been held since 1991, including top aircraft manufacturers and the state-owned United Industrial Corporation (Oboronprom), which produces helicopters, aircraft engines and air defence systems.

The Yak-130 is a highly manoeuverable aircraft with an extended range of about 2,000 km and a maximum speed of 1,060 km per hour in level flight. It can carry a combat payload of up to 3,000 kg.

The Yak-130 has been chosen as a basic aircraft for Russian Air Force pilot training. First deliveries began in 2009.