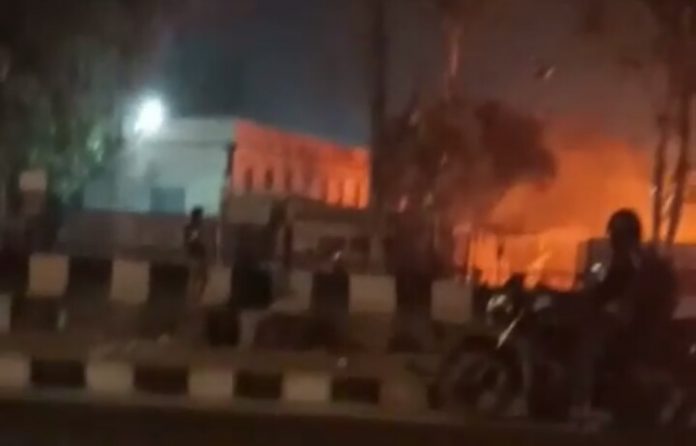 New Delhi, Feb 25 : A head constable and three civilians have been killed so far after supporters of CAA clashed with those opposing it for the second straight day.

At least 50 others, including several paramilitary and Delhi Police personnel were injured on Monday as violence flared up once again over the Citizenship Amendment Act (CAA) in Northeast Delhi.

A DCP-rank officer injured, a petrol pump torched, a number of houses, cars and shops burnt during the clashes.

This was the second day of clashes in Delhi where United States President Donald Trump arrived on Monday evening on the main leg of his visit, after landing in Ahmedabad earlier in the day and then proceeding to Agra.

The police have imposed section 144 of the CrPC, which prohibits assembly of four or more people, in areas affected by violence in northeast Delhi.

The police fired tear gas shells and resorted to lathicharge as clashes broke out between groups protesting and in support of the CAA at Jaffrabad, Maujpur, Chandbagh, Khureji Khas and Bhajanpura. Security personnel conducted flag marches and prohibitory orders were imposed to bring the situation under control.

Ratan Lal, a 42-year-old head constable attached to the office of the Assistant Commissioner of Police (ACP) in Gokalpuri, died after sustaining injuries during stone-pelting there.

Three other civilians succumbed to their injuries suffered in the clashes, said a Delhi government official, adding that 50 people with injuries had come to the GTB Hospital for treatment.