An online petition is calling on the White House to investigate Bill Gates and Melinda Gates for “crimes against humanity” and “medical malpractice”. The petition received more than 500,000 signatures as of 11th May.

The petition accuses the Bill and Melinda Gates Foundation of “medical malpractice” for citing an accusation of “intentionally sterilizing Kenyan children through the use of a hidden HCG antigen in tetanus vaccines.” The petition also quoted Bill Gates’ when talking about his interest in “reducing population growth” by means of vaccinations.

Gates, UNICEF & WHO have already been credibly accused of intentionally sterilizing Kenyan children through the use of a hidden HCG antigen in tetanus vaccines.

In Y 2014, the Catholic Bishops Conference of Kenya conducted a study on the 5-injection, 2 yr vaccination project performed on female Kenyans aged 14-49, in a South African laboratory and concluded that “all 6 samples tested positive for the HCG antigen.”

“This proved right our worst fears; that this WHO campaign is not about eradicating neonatal tetanus, but a well-coordinated forceful population control mass sterilization exercise using a proven fertility regulating vaccine,” Dr. Ngare, spokesman for the Kenya Catholic Doctors Association, said. “This evidence was presented to the Ministry of Health before the third round of immunization, but was ignored.”

The vaccine, which was administered to 2.3-M girls and women by the World Health Organization (WHO) and UNICEF for free, was said to be funded by Global Alliance for Vaccines and Immunization (GAVI), an organization started and funded by the Bill and Melinda Gates Foundation. 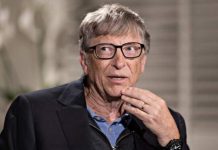