SRINAGAR: Several political parties in Jammu and Kashmir, including the National Conference, on Tuesday demanded roll back of the new domicile rules, saying the BJP-led central government is “sneakily” speeding up new ordinances to redesign the Union Territory’s demography while the country is battling the COVID-19 pandemic.

The Jammu and Kashmir administration on Monday decided to reopen “fresh registration” for Kashmiri migrants and displaced persons, a move which was welcomed by the BJP and Kashmiri Pandit community.

The decision paves the way for inclusion of bonafide people who migrated from the Union Territory.

People belonging to West Pakistan, Valmikis, women marrying outside communities, non-registered Kashmiri migrants and displaced people will soon get domicile under a new set of rules issued by the administration.

“In these severely difficult times of the global pandemic, which the world is struggling to deal with, the government of India is sneakily speeding up new ordinances to effect demographic changes in Jammu and Kashmir and turn its residents into a minority in due course of time,” a statement issued by the Hurriyat Conference faction headed by Mirwaiz Umar Farooq said.

The new rules come when people are “already under duress”, it said.

The Centre “believes that at this time the world is distracted by the pandemic to take notice.

“We fervently appeal to the global community and people with a conscience in India, to wake up to these happenings in J&K and respond to our situation in the light of ethics and principles of justice,” the Mirwaiz-led Hurriyat Conference said .

The Jammu and Kashmir unit of the CPI(M) alleged that the move to bring new domicile rules was part of the BJP government’s “ploy to redesign” the Union Territory that is bound to further widen the gulf between it and the rest of the country.

The party said that “at a time when people are seriously concerned about the spread of the coronavirus, the BJP government is busy in redesigning the Union Territory”.

“The fresh domicile notification issued on Monday, while the region is under the grip of the deadly COVID-19 pandemic, is extension of the unconstitutional and undemocratic assault carried out by the BJP government on August 5 last year,” senior CPI(M) leader Mohammad Yousuf Tarigami said in a statement here.

The party demanded immediate revocation of these rules.

“Both the S.O 1229 (E) Domicile law and S.O. 166 prescribing the procedure for grant of Domicile Certificate are made in exercise of power under the Jammu and Kashmir Reorganization Act, 2019, challenged in a number of petitions before the Supreme Court, the hearing before the Constitution Bench has commenced and is proceeding ahead,” the NC said in a statement.

“With the constitutional validity of the Act impugned and the petitions under consideration of the court, the government, in tune with the universally accepted principle of ‘constitutional proprietary’, is under an obligation to desist from exercising powers under the impugned Act, including the power to promulgate domicile law and rules in question,” it said.

The NC said the party has taken a principled stand on the floor of the Parliament and outside that the decisions of August 5, 2019, are unconstitutional, unilateral as also against the federalism and the basic structure of the Constitution.

“The party has pleaded these grounds before the court.

“Events post August 5 in Jammu and Kashmir also indicate massive public disapproval of the decisions in all the three regions (Jammu, Kashmir and Ladakh),” it added.

Though the domicile order and rules would not be acceptable at any point of time in view of the known stand of the party, the NC said the measures are aimed at dis-empowering the people of Jammu and Kashmir and effecting demographic change.

“The timing of the order and procedure in question is also grossly inappropriate and unethical in as much as when entire mankind including the people of Jammu and Kashmir are in complete lockdown and engaged in a battle of survival with the coronavirus,” it added.

The BJP hailed the new domicile rules notified in Jammu and Kashmir, with its president J P Nadda saying they will give the “long due” rights to all refugees as well as to Kashmiri Pandits living outside the union territory.

The All Parties Migrants Coordination Committee (APMCC) said, “It was a Red Letter Day in real sense for the entire Kashmiri Pandit community as it now feels connected and their sentiments respected by the present central government” Youth All India Kashmir Samaj (YAIKS) president, R K Bhat, said the BJP government has taken another step for the welfare of the people.

Col Tej K Tikoo, president AIKS, welcomed the move and said that this order rectifies nearly all the anomalies of the earlier orders and addresses the grievances of the displaced Kashmiri Pandits to a large extent. PTI inputs 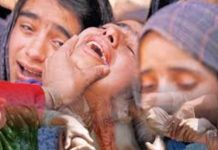 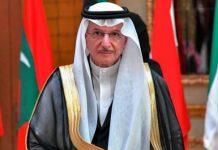 OIC: New domicile law a measure to alter demographics of Jammu and Kashmir