In a startling revelation it has come to fore that Chinese men assigned to monitor the homes of Uighur Muslim women whose husbands are sent to prison camps frequently sleep in the same bed as them,

Radio Free Asia (RFA) reported the harrowing story last week. Those officials, who are mostly men, typically stay for up to six days a week at each Uighur household, many of which have male family members in detention, RFA cited an anonymous Communist Party official in Kashgar city as saying.

The allegations come as China expands a years-long crackdown on its Muslim minority, which includes not only Uighurs but also Kazakhs and other ethnic groups.

There are also reports of other horrendous tales.

Some women said they were forced to undergo abortions in China’s Muslim-majority province of Xinjiang, others that they had contraceptive devices implanted against their will while in detention.

Many women have found refuge from Chinese authorities across the border in Kazakhstan, their ancestral homeland. But they remain haunted by the stories of abuse they carry with them. Many said they were subjected to sexual humiliation, from being filmed in the shower to having their intimate parts rubbed with chili paste.

The allegations come as China expands a years-long crackdown on its Muslim minority, which includes not only Uighurs but also Kazakhs and other ethnic groups.

It appears to be another facet of the Communist Party’s hardline campaign against the mostly-Muslim Uighur people in their home region of Xinjiang, western China, for the past two years. 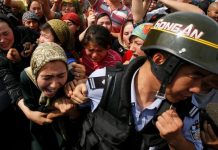 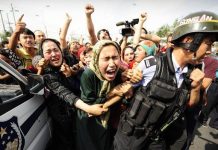 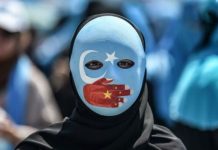 The Uighur Muslim crisis is worse than you think