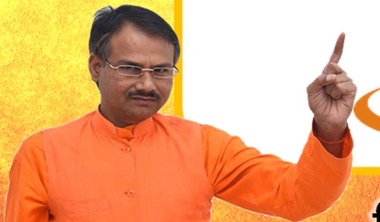 Lucknow: The Uttar Pradesh ATS has arrested a cleric from Bareilly, alleged to be in touch with the killers of Hindu Samaj Party leader Kamlesh Tiwari.

The cleric is being brought to Lucknow for interrogation.

The ATS and STF had tracked the location of the assailants, Moinuddin and Ashfaq, to Bareilly, Moradabad and Shahjahanpur.

Sources said that the two assailants had met the cleric when they visited Bareilly after the murder on Friday last. The cleric is said to have provided logistical support to them.

The investigating agencies have so far arrested seven persons in connection with the murder of Kamlesh Tiwari, who was shot dead in his office in Lucknow on October 18.