Preliminary exam for recruitment in Rajasthan civil judicial cadre was held on 31 March, 2019. As for the instructions, it was explicitly mentioned that female candidates shall not wear big blouse, full sleeves shirt, t-shirt or scarf/shawl and cap for men. 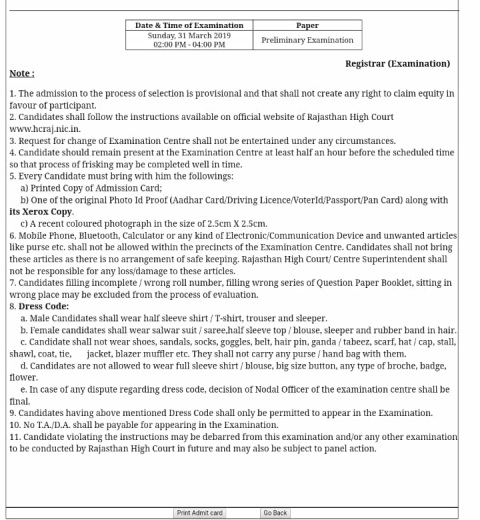 India is a multi-cultural society. This makes India a great nation. This is the reason India is considered by many not as a country but a continent- a population of diverse languages, cultures and ethnicities. Authority and the people of this country must understand and respect the different religious and cultural values so as not to offend and disturb the peace and unity of this great nation. There is no law which is supreme than the Constitution of India.

Every other act of parliament and/or bylaws must conform and fall within the limits of the constitution for it to be valid. Article 29 of the Indian constitution seeks to protect interests of minorities. Clause 1 of the article reads as “any section of the citizens residing in the territory of India or any part thereof having a distinct language, script or “culture” of its own shall have the right to conserve the same”. Further, clause 2 of the aforementioned article states “no citizen shall be denied admission into any educational institution maintained by the State or receiving aid out of State funds on grounds only of religion, race, caste, language or any of them.” The nexus between the two clauses is that one may uphold his or her cultural practices even in examination. Article 13 guides the authorities passing laws or bylaws to conform to the part III i.e., fundamental rights of the constitution, failing which such extension would be void.

Due to the guidelines passed by the Rajasthan authorities, many Muslim girls appearing for the concerned examination had to wear half sleeves shirt, t-shirt or kurti and were forced to remove their headscarves which is a religious obligation for them. The right to practice the same  has been granted by the constitution of India in its Article 25 (1) which states that all persons are equally entitled to freedom of conscience and the right to freely profess, practise and propagate religion albeit with certain restrictions like public order or morality.

It is understandable that the Rajasthan authorities tried to curb the practice of cheating by the use of such regulations as some examinees tend to hide cheating material in their socks, shoes, sleeves etc. But there are students who hide such material in their undergarments as well. Would then the authorities strip the students naked for fair examinations? Something like that shouldn’t surprise us as there have been several such incidents during the past few years.

In Kerala for the NEET examination, under the pretense of dress-code, girls’ full sleeves were cut to half and some were even asked to remove their undergarments.

Girls who wore jeans with metal button and pockets were asked to change their trousers if they wanted to take the examination.

There are videos of female invigilators and checking squads who are seen to be putting their hands in the undergarments of girls in search of any copying material.

During the military army examination in Bihar, students were stripped down to their underwears to prevent cheating on 1st March, 2016.

Few examinees of the Rajasthan civil judicial cadre examination told a journalist of Muslim Mirror about their discomfort for doing away with their religious and cultural practices. In 2018, there were girls who were denied examination solely because they refused to take off their headscarves. Perhaps the state has given a choice to either appear for examination forgoing religion or morality or to uphold the same and forgo examination. However, if it was indeed required to check a candidate carrying any unfair material, it could be done thoroughly in private by a female invigilator.

Also, the authorities could maintain separate examination centres for female and male examinees, wherein the former could have only female invigilators. Lest a good percentage of female candidates especially from the Muslim community is deprived from taking the examination which otherwise is their constitutional right. Or the distrust of the intention of the authority begins taking root among the minority.

Certainly students should not be excused if they are found with any unlawful material. Yet, there has to be certain morality and basic ethics which the citizens of this country expect from the concerned authorities. 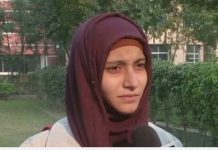