On the 18th of November, 2019, the All India Muslim Personal Law Board and Jamiat Ulama i Hind announced their decision to file review petitions on the Ayodhya verdict. A careful reading of the news-items suggests that the decision was taken on four considerations: (a) the secular character of the Indian Constitution (b) the not-very-clear rationale behind the judgement (c) the question of faith and (d) the ‘hurt’ experienced by the Muslim community at the time of demolition of the Babri Masjid.

The decision to file review petition is heartening as it resonates continued faith in democracy especially, in the Indian democracy, that promises equal rights to all citizens on the value framework of secularism. It reflects continued sense of agency in some Muslims, especially in the present time when fear and helplessness has gripped the entire community. The above statements would gain significance once we realize that the judgement on Ayodhya cannot be seen in isolation. It is a part of a chain of State actions since 1992, but aggressively so, since the second innings of the BJP ruling in India. A dent in the secular fabric of India got manifested when the Babri Masjid was demolished. The secular narrative appeared totally shattered with this Ayodhya verdict by the apex court.

The pillars of any secular democracy are its institutions such as, the institutions of education and judiciary. The strength of these institutions lies in their autonomy that allows for resisting state excesses. The neutral independent nature of these institutions allow them to act as an agency, bringing forth the critical alternative voices from within the civil society. The years since 2014 are witnessing erosion in autonomy and freedom of expression in almost all Indian institutions, be it education or media or defence. However, the institution of judiciary is the most significant of all. Judiciary can be considered a vital, critical institution that is guided by the Constitution and till the recent past, reflected courage and capacity to control the immoderate actions of the State.

However, in recent state actions, judiciary did not appear to have played the role assigned to it in a democracy as seen in the case of abrogation of Article 370, where the Supreme Court did not respond to pleas challenging the constitutional validity of the abrogation. In case of the National Register of Citizens, the function of Supreme Court could have been to check whether the government is acting in accordance with the principles of the Indian Constitution and international laws on citizenship, but it has confined its role to procedural details, not deliberating on legal remedy for those who may be detained or deported. The Supreme Court has not taken any proactive measures to allay the fears and insecurities that the NRC process has generated among those whose names did not feature in the register.

The ruling on the long awaited Babri Masjid dispute is another case in point. The judgement is claimed to be based on the ‘constitutional commitment to secularism’. It claimed that “An attempt has been made in the jurisprudence of this court to demarcate the religious from the secular. The adjudication of civil claims over private property must remain within the domain of the secular if the commitment to constitutional values is to be upheld.” It further stated that, “Religiosity has moved hearts and minds. The court cannot adopt a position that accords primacy to the faith and belief of a single religion as the basis to confer both judicial insulation as well as primacy over the legal system as a whole. From Shahid Gunj to Ayodhya, in a country like ours where contesting claims over property by religious communities are inevitable, our courts cannot reduce questions of title, which fall firmly within the secular domain and outside the rubric of religion, to a question of which community‘s faith is stronger.” In short, the secular law appears as the basic framework on which the judgement was based. Thereupon, one fails to understand how did it allocate the disputed land to a religious figure, overruling the allocation to Sunni waqf board?

The present case exposes the chinks in the armour of the idea of secularism that we have valued as a country. While the claim to build Ram temple was seen in terms of faith and worship, the claim to build Babri Masjid was addressed in historical secular terms. The judgement not only took away whatever little property the Sunni waqf board was given in 2010 but more seriously the secular law of ownership of land was impeded by bringing in archeological history to comprehend ancestory of temple vs. mosque. A conflict situation continuing over history was resolved in terms of the faith of majority community overruling faith of the minorities. Above all, history was interpreted in hegemonic terms, giving priority to the history extended by the Archeological Survey of India, without giving due consideration to the critiques of this history by eminent historians; a task which one expects judiciary to undertake in order to fulfill its task of being a critical pillar of democracy. Sadly, the judgement reveals weakening of the autonomy of vital institutions in India, fundamental to effective functioning of a democracy.

The judgement strains secular rational principles; but what really astounds one is the absence of strong protesting voices. Yes, one does come across dissenting notes especially from the intellegentsia and activists but such voices are missing in the larger civil society. One witnesses an attempt especially on TV debates, to interpret this silence in terms of new developed maturity in the civil society. I, however, feel that this silence is a sure manifestation of new normal, which seems less protesting and more accepting of the State excesses, especially in case of the minorities.

I am hesitant to state that the secular ethics of the civil society is shrinking as I feel that the liberal practices in the first few decades of independent India, have sown the seed of secularism in the civil society. It is important to note that the BJP got only 37% of votes in the last Lok Sabha election. Again, the recent elections in 2019 in the states of Maharashtra and Haryana, saw a drop in seats and voting percentage for the BJP. However, what is disheartening is the fact that though the larger civil society perhaps does not believe in the rightist ideology, it surely is not an active supporter of the minority community of Muslims or democratic concept of inclusive citizenship; a concept that extends equal rights and justice to all citizens of India. Almost no resistance is witnessed in the cases of National Register of Citizens and Citizenship Amendment Bill. Has the nationalist discourse on citizenship been successful in excluding around 14% of the Indian population as legitimate citizens of India? And, above all, why is even the Muslim population, on whom the excesses are being practised, so quiet? Has this population accepted their fate accompli? Not only does one find an absence of resistance among the Muslims, but also comes across appeals from the Muslim clergies and leaders to accept the Supreme Court judgement and to maintain ‘peace’. The process of excluding Muslims from the framework of citizenship rights appears to have got completed. The population appears to have lost all faith in democratic institutions of the Indian polity; institutions that protect interests of the citizens and that can be approached with a conviction of being heard with neutrality and rationality?

In such a context, the present call for review of the court verdict has to be applauded as it shows continuing faith in a marginalized somewhat excluded minority on state machinery and its institutions. The decision was taken with lots of deliberations taking stand for and against the review process, however, finally the faith in the neutrality of the judiciary stood out, revealing a conviction in the minority community that the constitutional right to uphold religious freedom will prevail and and the ‘hurt’ feeling of the minority community will be addressed. One salutes this sense of agency among the citizens of India and hopes to see more of such stands in future, as assertions are the promise of survival of Indian democracy: liberal secular egalitarian Indian democracy!

(comments are welcome on <ranutapi@gmail.com>) 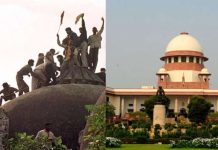 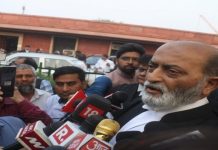 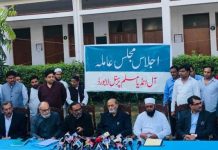