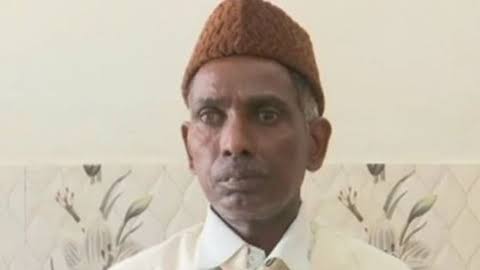 Ayodhya, Sep 18 A local court here in Uttar Pradesh has ordered the police to register an FIR against Ram Janambhoomi case litigant Iqbal Ansari for using foul language against Hindus.

Hearing on a petition filed by international shooter Vartika Singh, Chief Metropolitan Magistrate, on Tuesday, directed the Ram Janambhoomi police station to file a case against Ansari and inform the court within three days.

Singh had filed the petition under section 156/3 of the CrPC in the court.

“The application filed under section 156(3) of CrPC is accepted. Ram Janambhoomi police station SHO is ordered to file an FIR and file a report in the court within three days,” the court said in its order.

Vartika Singh, in her complaint in the court, alleged that Ansari used foul language for Hindus.

Speaking to reporters Singh alleged that she had gone to Ansari”s home to discuss the Ram Temple issue where some people threatened to kill her.

Ansari rose in between our talks and said that he had shooters across the country and threatened to get me killed,” she alleged.

“During my talks with Ansari, he said that the law does not have the power to build Ram temple. Ansari said that Prime Minister Narendra Modi, UP Chief Minister Yogi Adityanath and entire Hindu community are afraid of him,” she said.

Earlier on September 3, Vartika Singh had allegedly attacked Ansari and threatened to kill him for being an obstacle in the case. Ansari had lodged a complaint against her.New Delhi, Sep 18 The Supreme Court on Wednesday said the parties involved in the Ram Janmabhoomi-Babri Masjid dispute case were free to settle the matter, through mediation as well, if they so desired. They can place the dispute settlement report before it.

The apex court was referring to a letter written by the Justice F.M. Kalifulla-led three-member mediation panel on Tuesday that sought the court”s nod to resume talks in the Ayodhya dispute case.

The apex court made it clear that the daily hearings in the case will go on and the proceedings will continue to remain confidential.