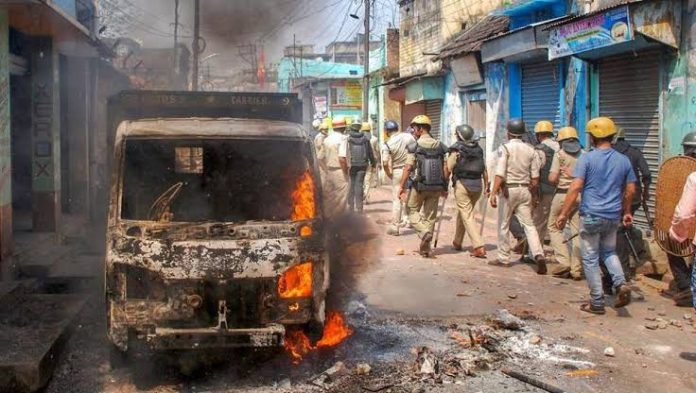 The Delhi riot of 2020 will go down as a hideous harvest of the Narendra Modi government’s exploits. The BJP has now lost all moral and constitutional credibility. However, before the BJP-RSS, let us, for a moment, pay attention to the non-BJP-RSS cliques — the self-declared vanguards of liberal values.

The Delhi anti-Muslim pogrom is a collective failure of the liberals and radicals who ferry to occasional protests. However, this rage does not sustain for long. It is evident that those who protested against the Babri Masjid demolition in 1992 and the 2002 Godhra pogrom did not instill in their children and their caste-communities the principles of secularism they swear by. Many who protested during those times returned this time too but without their offspring or relatives. One wonders what stakes do they have in this protest bazaar?

As a habit, liberals do not shy away from exhibiting casteism, and the sight of Dalit bodies does not invite rage. Why don’t they feel the same rage when their own kind hack Dalits? Being anti-Hindutva but not anti-Brahmanvaad is the narrow opening these Brahminical organisations have given. Following their lead is to fall into their trap. While an attack on Muslims invites international solidarity, the same on Dalits attracts liberal pity.

As a result, one doesn’t see grassroots-based Ambedkarite organisations in the US rallying against Hindutva fascism. And, the Muslim groups who are now cornering the government are not a part of the fight against caste-based violence. Indian Mussalmans, like Christians and Buddhists, have to fix their caste problem. If not, the mute victims will be poor, Dalit converts. If one does a DNA test, most likely the attacker and the attacked would have common ancestry. However, Brahminical venom has managed to poison the ethics of love among these communities, and these people have become mercenaries of their selected faith.

The Delhi pogrom, like in the past, is directed against the mobilisation of Dalits and backward classes against Brahmanvaad. An exposé by Raju Solanki, a Gujarat-based Dalit poet and activist, revealed that in the 2002 Godhra riots there were 2,945 arrests in Ahmedabad. Of these, 1,577 were Hindus and 1,368 Muslims. Among the Hindus arrested, 797 were OBCs, 747 Dalits, 19 Patels, two Baniyas, and two Brahmins. The upper castes became MLAs, the rest were jailed.

Also, it is not an accident that Dalits constitute nearly 22% of the total arrests in India; Adivasis 11%, Muslims 20% and OBCs 31%. More than 55% of undertrials also come from the same communities (NCRB 2015).

Many are still downplaying the Delhi riot as an affliction of Hindutva or Hindu-Muslim binaries. It is neither. It is not religious but caste tensions that encourage such treacherous acts. If liberals and opponents of the current government claim it’s Hindutva, then they validate the Hindutva propaganda manufactured by Chitpavan Brahmins for their self-benefit.

This Hindu-Muslim business is primarily an upper-caste war led by Brahmins. They keep their family and fellow caste members out of danger and let the Dalits, Adivasis and OBCs of different faith kill each other. One needs to tear down this false theory of majority-minority for it benefits the oppressor — the casteist groups tied to the advent of Brahmanvaad and not Hinduvaad. It is not Hindutva, it is jaatitva.

The Delhi pogrom is an attempt to divert attention from the government’s failures, such as a falling economy. Also, the collective rise of SC, ST, and OBC community ties against the ruling on reservation in promotions, including a call by the Bhim Army for a Bharat bandh on February 23, would have been a big mobilisation against the government. By making it a Muslim issue, right-wing nationalists made the SC, ST and OBC communities their agents to fight against their own self-interest. In the fog of Hindu-Muslim hatred, it is convenient for a non-Savarna to become Hindu because he can’t become a Muslim.

As this terror continues, defenders of civil rights and activists are under the scanner. One among them, Dr Anand Teltumbde, one of India’s most respected voices against casteism and communalism, is being intimidated by the State and is facing arrest. A possible outcome of this could be the loss of a powerful critical voice, which the civil society cannot afford. Under abominable charges and laughable evidence, the Maharashtra government failed to impress upon the Central government and the court to redo investigation rather than handing over the case to the NIA.

Mr Modi is threatened by the pen of intellectuals and civil rights activists. A narcissist autocrat fears voices of democracy. Intellectuals like Dr Teltumbde are a force of courage who inspire millions and make them true democrats. Instead of utilising his acumen for the service of the nation, the current State is hounding minds who can show vision through the binoculars of wisdom and experience.

Those in power must understand that power is not permanent. Their children and grandchildren will have to clean the dirt they spread. They will forever carry the taint of their ancestors who partook in cowardly attacks against the constitutional rights of the public. This time, however, we have got the pen, and we will write down history as it is.