New Delhi: “People injured during the North- East Delhi communal riots were given dismal level of healthcare, denied of healthcare,   discharged without proper treatment and sent back to areas where violence was continuing and even they were referred as “Ugravadi” (militant) and “Atankvadi “(terrorist) by the medical staff of the Delhi government run  Guru Tegh Bahadur Hospital (GTBH).”

These damning and disturbing facts were revealed in its first-hand account Report by Jan Swasthya Abhiyan (JSA), an NGO of medical volunteers including doctors who were involved in facilitating access to healthcare for victims of violence between  February 25 to March1, 2020.  Releasing the Report titled “The Role of Health Systems in Responding to Communal Violence in Delhi”  at the Press club of India Monday ; the volunteers alleged that, “Far from providing healing from the trauma that victims have faced, the public health system itself has ended up inflicting secondary trauma through acts of commission and omission.”

They also exposed the dismal and inadequate healthcare facilities in the hospital and the non-existence of  much-touted Mohalla Clinics in the riot-affected Muslim areas.

The report documented the first-hand experience of JSA volunteers that have been on the ground since 25 February as well as accounts of injured persons and their families that volunteers have directly interviewed and worked with.

Highlighting  the challenges faced by the riot  victims in accessing and seeking health care during the violence and in its aftermath,  the report  demanded that  the Delhi government-led by the Aam Adami party should ensure that the health system plays a constructive role in helping survivors heal from trauma and get justice.

The Report noted the communal slurs used by doctors and medical staff patients in casualty in the GTB hospital which is lone government health facility in that part of Delhi.

Communal remarks by health professionals: “Patients and volunteers both reported that injured persons being called “Ugravadi” and “Aaankvadi” by doctors. Some said that when they requested prompt treatment, they were told

“What will you do if we treat you? You will go back on the streets and be violent”. These are also the exact words that a volunteer heard when he was waiting to take detainees from the police station to the hospital.A volunteer at a shelter who had been accompanying victims to seek care reported that doctors at casualty had asked some victims the full form of NRC and CAA.

It is disturbing to see that health professionals are using this to shame patients in casualty, who have suffered grave violence.”

The report also highlighted that proper treatment and care was not done in government hospitals.

Negligent care: “There were instances where we saw that patients who had sought care at GTBH and LNJP hospitals were not treated appropriately. In one case a man had been beaten by the police, he was taken to GTBH hospital. He said he was treated there hurriedly and was asked to leave even though he had trouble standing up and walking. Two days later he was in great discomfort and sought care at LNJP hospital. At LNJP he was not being admitted and instead being repeatedly told to go to GTBH as that is where he had been treated at the first instance. The hospital also told him that they could not treat him as he did not had his discharge papers from GTB. He had never been admitted at GTBH. Fed up, he said he would rather go home and bear the discomfort than be treated this way. After much insistence by volunteers and the family themselves, the CMO saw him, just checked his pulse and said that he is fine. He said that the man is probably feeling unwell because he has not taken medications. We then brought him to a charitable hospital where he was finally examined properly, investigations were done and he was admitted and treated.

At the charitable hospital it was discovered that he has a forearm and leg fracture which was not treated at GTBH or LNJP. These injuries were also not mentioned in the treatment summary given to him by GTB hospital.

The report stated that a common reason for denial of care was the lack of a Medico-legal Case (MLC) number and treatment record being provided to injured persons.

Denial of Care: “A common reason for denial of care was the lack of an MLC number and treatment records from previously accessed hospitals. Several patients were not given their MLC number or treatment record by hospitals. If they went to a different hospital, they were told that they cannot be admitted unless they bring the MLC number and treatment records. The doctors should have been responsible for doing this themselves, however they did not and this caused great harassment to patients. In two cases a lawyer and senior doctor’s intervention was required to get two injured men admitted to LNJP hospital after a lot of delay. One of the men eventually died. It is possible that timely care could have saved his life”.

The report also documented the inability of the injured to reach healthcare facilities during the violence and in many instances mobs prevented ambulances from reaching hospitals.

“This was compounded by a deep-seated sense of fear and insecurity in government run hospital institutions that took root among the injured and their families.”

Instead of being co-operative, hospitals have been withheld information and instead asking families to go from ward to ward, and room to room to check if their missing family members are admitted, it added. 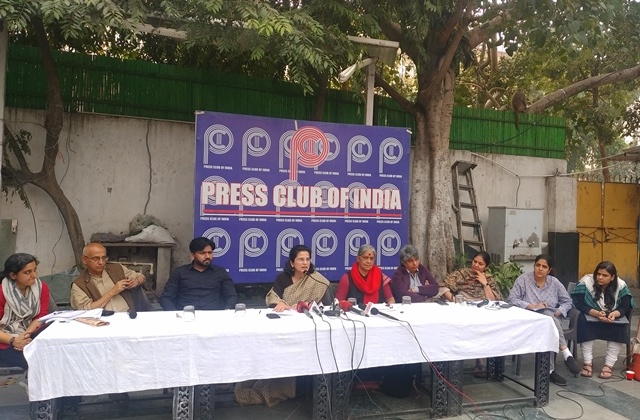 Furthermore, injured persons who did reach government hospitals like GTB and LNJP reported feeling intimidated by police presence in the hospitals given that several reports indicate the direct role played by the police themselves in the violence.

“In many cases, no details of history were recorded – such as where the violence took place, with what weapon, which the assailant was etc. Injuries were recorded in a cursory manner and some gross injuries such as fractures were not recorded at all”, the report revealed.

At the community level, the violence has led to large-scale displacement of families; access to routine treatment for chronic illnesses has been disrupted.

In areas that saw the most violence Mohalla clinics do not exist and primary healthcare centres in some are lying shut since the violence started.

The Report also noted important instances where the medical community is providing critical care and support. At LNJP, two doctors intervened when a patient without an MLC number was being sent back and asked the police why they should not offer care. Doctors at another hospital provided free and attentive care to patients who had been turned away from other hospitals for want of MLC or inadequate care. A small private hospital, Al Hind, was among the first to respond quickly and provide medical care.

JSA said it was deeply alarmed at the apparent abdication of the government in its responsibility in providing emergency and follow-up health-care services.

The group made several demands including  immediate steps that are:

1-Station hospital liaisons in all government hospitals attending to injured persons to intervene if they or their families are facing issues in accessing care or treatment records.

2-Set up a toll free number so that people can report instances of denial for treatment/admission for quick and appropriate action.

3-Issue written orders to public and private hospitals to ensure injured people are not denied care or treatment records including MLC records.

5-Issue written orders to all private and charitable institutions informing them of the extension of the Farishtey scheme to riot victims to ensure access to free care.

6-Delhi’s ruling party AAP should lead a team of people consisting of representatives of health rights groups to visit all affected areas and identify responses needed from the health system.

7-Operationalize primary healthcare services at all affected areas through Mohalla clinics or Urban PHCs. Ensure that paediatricians, gynaecologists and surgeon are stationed there.

8-Ensure availability of surgical facilities as people need surgical care and are scared to go to hospitals.

9-Designate mobile vans for affected areas and assign a team of medics and paramedics to provide healthcare outreach and referral services to injured people. 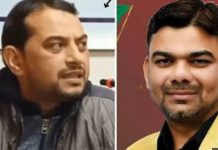 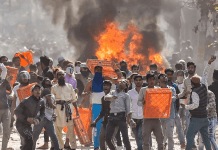 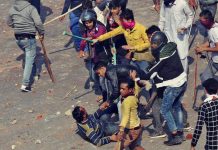