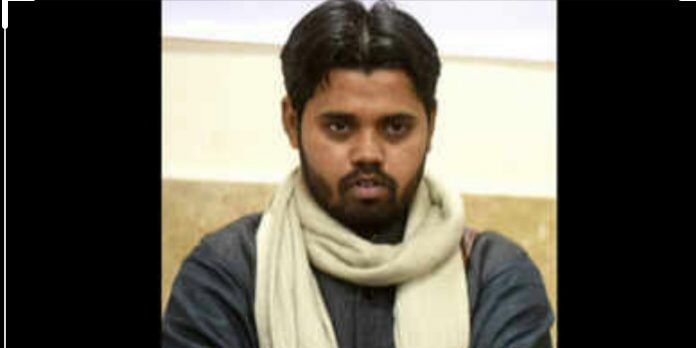 New Delhi The Special Cell of Delhi Police has booked Jamia Millia Islamia student Asif Iqbal Tanha under the stringent Unlawful Activities (Prevention) Act for allegedly being part of a larger conspiracy behind the February riots in northeast Delhi, officials said on Thursday.

This comes days after the Delhi Police”s crime branch arrested the 24-year-old in connection with the violence in the Jamia area during a protest against the Citizenship Amendment Act in December last year, they said.

The police said Tanha, a resident of Abul Fazal Enclave in Shaheen Bagh, is a member of the Students Islamic Organization and was part of the Jamia Coordination Committee which spearheaded protests against the Citizenship Amendment Act.

He was arrested on production warrant by the Special Cell of the Delhi Police on Tuesday and booked under the UAPA for being part of a larger conspiracy of the riots in Delhi, said a senior police official, who did not wish to be identified.

“We had evidence and wanted him in a case that we were investigating. So we arrested him on production warrant on Tuesday and have been granted seven days of custody,” he said.

A court here on Wednesday had sent Tanha to seven days of police custody in the case related to communal violence in February in northeast Delhi during the protests against the Citizenship Amendment Act, after the police said his remand was required to unearth the entire conspiracy and to confront him with the electronic data collected during investigation.

â€œThe Crime Branch of the Delhi Police had arrested Tanha recently in a case registered at Jamia police station on December 16, 2019 in connection with riots in the Jamia area in which he was named as an accused,” a senior police officer had earlier said.

Tanha is a third-year student of BA in Persian language.

He is a key member of the Jamia Coordination Committee and played an active role in organising protests and riots in Jamia in December 2019, police had said.

He is a close associate of Umar Khalid, Sharjeel Imam, Meeran Haider and Safoora Zargar who had been key organisers of anti-CAA protests and subsequent riots, the police said.

On December 15 last year, protesters had torched four public buses and two police vehicles as they clashed with police in New Friends” Colony near Jamia Millia Islamia during a demonstration against the amended Citizenship Act, leaving at least 40 people including students, policemen and fire fighters injured, officials had then said.

Communal clashes had broken out in northeast Delhi on February 24 after violence between citizenship law supporters and protesters spiralled out of control, leaving at least 53 people dead and around 200 injured. PTI inputs 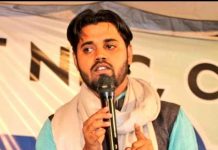