New Delhi: A book ‘Denial and Deprivation: Indian Muslims after the Sachar Committee and Rangnath Mishra Commission Reports’, published in 2019 by Abdur Rahman has incorporated following comments by  a Chennai based journalist Syed Ali Mujtaba in the section Demonizing Muslims.

Mujtaba cautions that those engaged in Muslim whistling, demonizing them or profiling their negative image can cause alienation among the community. Studies show that propaganda against Muslims can lead to loss of belongings to the country and may develop fissiparous tendencies in them, he says.

Such fissures can lead to the radicalization and any dissent by the community of such huge size may not be easy to control. The fall out of such anti-Muslim propaganda may be unmanageable. So such short term gains may jeopardize the country and should be avoided for the long term interests of the nation, the veteran Journalist suggests.

He offers some pointers to counter the current situation of Muslims in India. He is of the opinion that Muslim youths should stay focused on their life’s primary goals; education, employment career, business, social work etc.

Instead of getting trap into vicious narratives surrounding them, the community should pool their time and resources that could lead to their socio economic progress and betterment.

The journalist, who is writing on such issues for a long time, advises the Muslim youth not to get driven by emotions nor get hyper sensitive towards the controversial issues raked up against them just to agitate them.

Mujtaba warns the Muslims community to never think of any separatist course as it can push the community out of the mainstream. Muslim community should never allow developing a situation where they could face a situation of ‘THEY and US.’  They should refrain from engaging themselves on nonproductive discussions and not break their heads countering any such malicious campaign against them.  They should think about how to develop themselves focus on their socio -economic progress as it would be the right path to take country forward, he concludes.

The book attempts to gauge and analyze the level of denial and deprivation faced by Indian Muslims by evaluating their status after a gap of several years of Sachar Committee (2006) and Rangnath Mishra Commission (2007) Reports.

It presents and discusses the current conditions with respect to outcome indicators such as population, education, economy, poverty, unemployment, consumption level, availability of bank loans, infrastructure and civic facilities and representation in government employment. By placing facts in perspective, it also discusses community-specific issues such as use of Urdu, madrasa education and Waqf.

In the post-Sachar era, governments started many schemes to improve the condition of Muslims whose reach and impact is assessed with the help of latest data. It presents the social structure of Muslims, presence of OBCs and Dalits and suggests a practical pattern for reservation. It follows up the process of implementation of recommendations of these reports and highlights how the governments adopted tokenism, attempted to implement minor recommendations and shied away from major ones.

The volume highlights the lopsided attitude of the previous UPA governments, hostile attitude of the present NDA regime and accelerated marginalization of Muslims in today’s scenario due to open discrimination, mob-violence, lynching and hate crimes in the name of various communal issues. 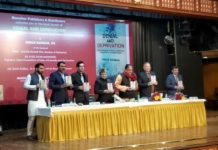