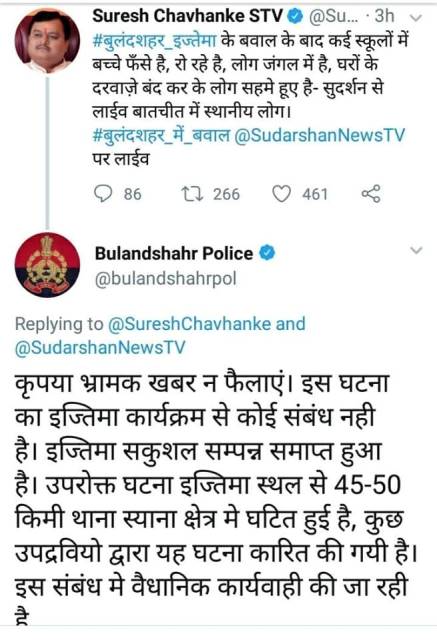 Bulandshahr, Dec 3: In a desperate attempt to give Bulandshar violence a communal color and link the violence to the Tablighi  ijtima which  hopefully concluded peacefully ,   the pro-RSS Sudarshan TV’s Suresh Chavhanke  in a series of tweets tried to mislead the people and communalize the volatile situation of the locality.

In one tweet he wrote “After the controversy over Bulandshahr Ijtima, many school children are stuck and crying. People are stuck in forests, frightened inside their homes. This is what local residents told Sudarshan TV in live conversations.”

Immediately the Bulandshahr Police took to Twitter to expose the lies of Suresh Chavhanke   and  replied  to him  and wrote “ Please don’t spread rumor. The violence has nothing to do with ijtima.Ijtima has concluded successfully. The said incident took place 40-45 km away from the place of ijtima. Appropriate actions are being taken against the perpetrators of today’s violence.”

According to IANS  ‘ A police Inspector was attacked and shot dead by a Hindu mob protesting against alleged cow slaughter while a young man was gunned down in unexplained circumstances here in Uttar Pradesh on Monday.

The violence erupted after Hindu activists went berserk alleging that some cows had been slaughtered by a community, police said. Enraged, they loaded the carcasses on tractor trolleys and jammed traffic on a busy road.

A police team lead by Inspector Subodh Kumar Singh rushed to the scene to pacify the protesters drawn from the Vishwa Hindu Parishad, Hindu Yuva Vahini and other right-wing Hindu groups.

He was, however, targeted and the crowd pelted stones at the police personnel, critically wounding the officer. The officer was also shot in the head and was declared dead at a community health centre.

In the melee, the crowd set on fire many police vehicles while passersby were also attacked.

Shots were fired by unidentified assailants in which a local youth, Sumit, was hit and he succumbed to his injuries.

There were conflicting reports on how the inspector was killed.

While some sources said the police officer was attacked by blunt objects and stones, a video doing the rounds on social media showed the slain officer hanging upside down from his official vehicle, apparently shot in the head. 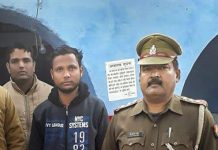 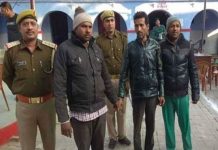 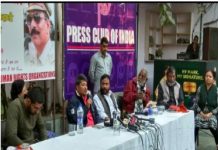