An Australian think tanks has brough out considerably verifiable proofs of the destruction of Uyghur and Islamic monuments in Xinjiang province of China.

Reports about the Chinese persecution of Uyghur and other other minorities by the Chinese Communist Party are not new anymore, and they have always been denied by the Chiese authorities.

However, a new report by the Australian Strategy Policy Institute titled Cultural Erasure and prepared by a team of researchers including Nathan Ruser , Dr James Leibold , Kelsey Munro & Tilla Hoja avers that the Chinese Government has embarked on a systematic and intentional campaign to rewrite the cultural heritage of the Xinjiang Uyghur Autonomous Region (XUAR). It’s seeking to erode and redefine the culture of the Uyghurs and other Turkic-speaking communities—stripping away any Islamic, transnational or autonomous elements—in order to render those indigenous cultural traditions subservient to the ‘Chinese nation’.

The reserachers using satellite imagery, have estimated that approximately 16,000 mosques in Xinjiang (65% of the total) have been destroyed or damaged as a result of government policies, mostly since 2017. An estimated 8,500 have been demolished outright. A further 30% of important Islamic sacred sites (shrines, cemeteries and pilgrimage routes, including many protected under Chinese law) have been demolished across Xinjiang, mostly since 2017, and an additional 28% have been damaged or altered in some way. 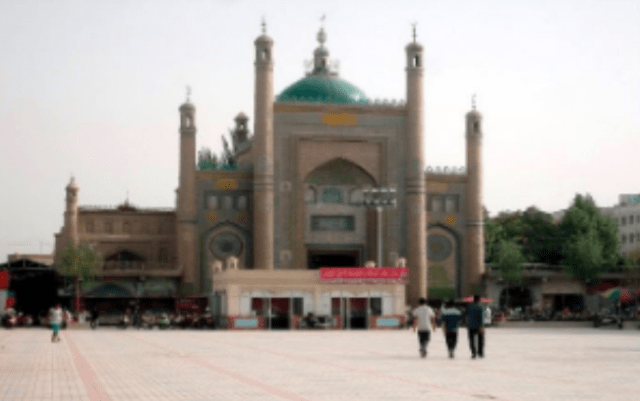 The report outlines the deliberate erasure of tangible elements of indigenous Uyghur and Islamic culture in Xinjiang appears to be a centrally driven yet locally implemented policy, the ultimate aim of which is the ‘sinicisation of indigenous cultures, and ultimately, the complete ‘transformation’ of the Uyghur community’s thoughts and behaviour.

The report also lists media and non-government organisation reports, which have unearthed individual examples of the deliberate destruction of mosques and culturally significant sites in recent years. The reserachers found out that such destruction is likely to be more widespread than reported, and that an estimated one in three mosques in Xinjiang has been demolished, mostly since 2017.

Interpreting the datasets acquired through satellite images, the reserachers concluded that this equates to roughly 8,450 mosques (±4%) destroyed across Xinjiang, and a further estimated 7,550 mosques (±3.95%) have been damaged or ‘rectified’ to remove Islamic-style architecture and symbols. Cultural destruction often masquerades as restoration or renovation work in Xinjiang.

The report says that mosques across Xinjiang were rebuilt following the Cultural Revolution, and some were significantly renovated between 2012 and 2016, including by the construction of Arab- and Islamic-style domes and minarets. However, immediately after, beginning in 2016, government authorities embarked on a systematic campaign to ‘rectify’ and in many cases outright demolish mosques. 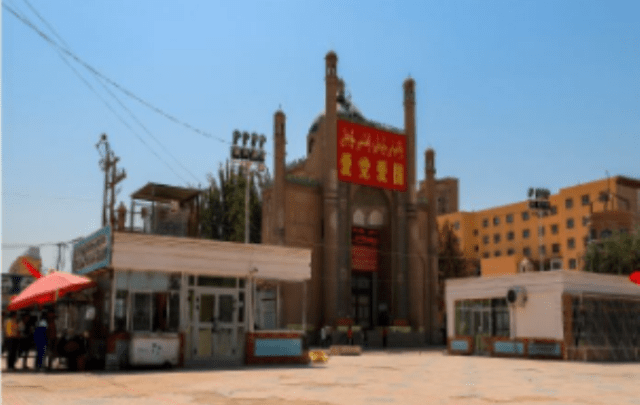 Besides mosques, Chinese Government authorities have also desecrated important sacred shrines, cemeteries and pilgrimage sites. The report provides photographic evidence of how mosques have been redesigned or decreased in size and the same techniques have been applied to cemeteries and other religious places in Xinjiang.

Although other religious minorities weren’t the focus of the report, still the reserachers checked several Christian churches and Buddhist temples across Xinjiang and found that none of those sampled had been damaged or destroyed.

What is Han nationalism?

Prof. Bradley A. Thayer, of the University of Texas, San Antonio and Prof. John M. Friend, a visiting scholar with the Shidler College of Business at the University of Hawaii, describes Han nationalism as apernicious hyper-nationalistic ideology,

in their book “How China Sees the World: Han-Centrism and the Balance of Power in International Politics”.

According to them Han nationalism asserts that the dominant ethnic group in China, the Han, are culturally and racially superior to other groups in China and outside of it.

Han-centrism is a form of Chinese racialised nationalism and advances ideas, beliefs and policies that will allow the country to reclaim the dominant position China occupied before the “Century of Humiliation.” For the Han-centrists, China is the center of the universe and other states and peoples are inferior, with varying degrees of inferiority.

Further this ideology supports a fundamentally new international system — a China committed to changing the rules, norms and practices of the established international order to suit China. This movement actively seeks to replace the United States as the dominant state in international politics.

The reserachers in the report say that under President Xi Jinping, the Chinese Communist Party (CCP) has adopted a more interventionist approach to nation building along China’s ethnic periphery. Indigenous non-Han cultures, which are considered backward, uncivilised and now potentially dangerous by CCP leaders, must yield to the Han normative centre in the name of an ostensibly unmarked ‘Chinese’ culture.

Earlier this year, a spokesperson for China’s Foreign Ministry said, in response to concerns raised about the destruction of traditional cemeteries, that ‘Xinjiang fully respect[s] and guarantee[s] the freedom of all ethnic groups … to choose cemeteries, and funeral and burial methods.’ However, widespread evidence collected by ASPI and other researchers, including satellite images and statements from officials in Xinjiang, shows that to be untrue, as traditional cemeteries are being subjected to a systematic campaign of desecration.

The report avers that Chinese Government’s destruction of cultural heritage aims to erase, replace and rewrite what it means to be Uyghur and to live in the XUAR. The state is intentionally recasting its Turkic and Muslim minorities in the image of the Han centre for the purposes of control, domination and profit.

In the light of this report’s findings, the ASPI has recommended that:

The Chinese Government must abide by Article 4 of its own Constitution, allow the indigenous communities of Xinjiang to preserve their own cultural heritage and protect the freedom of religious belief outlined in Article 36.

Further, the CPC must uphold the autonomous rights of its non-Han communities to protect their own cultural relics and heritage under the 1984 Law on Regional Ethnic Autonomy and cease the demolition of significant cultural and religious sites in the XUAR.

Urging UNESCO and ICOMOS to immediately investigate the state of indigenous cultural heritage in Xinjiang and, if the Chinese Government is found to be in violation of the spirit of both organisations, it should be appropriately sanctioned.

Taking a very critical view of the Muslim governments across the world, and a view shared by a large percentage of global Muslim population, the report urges the governments throughout the world, including governments of developing and Muslim-majority countries, must speak out and pressure the Chinese Government to end its genocidal policies in Xinjiang, stop the deliberate destruction of indigenous cultural practices and tangible sites, and consider sanctions or even the boycotting of major cultural events held in China, including the 2022 Winter Olympics.

This is perhaps for the first time that an impartial body has castigated both the Chinese government for its treatment of minorities in China, besides questioning the role of the Muslim countries also to raise their voice against the repression of their fellow brethren.

The demolition and miniaturisation of Kargilik’s Grand Mosque

A bizarre trend that has occurred in a small number of damaged mosques is the demolition of the Islamic-styled gatehouse and its reconstruction at a miniaturised scale.

The Grand Mosque in Kashgar’s historic Kargilik County was designated as a Xinjiang regionally protected cultural heritage site In the first photo the historic Islamic architecture is clear: large domes and crescent moons at the top, colourful tile mosaics typical of Central Asian mosques, and the Shahada (Islamic creed) above the entranceway. The Islamic features remained on the mosque, although somewhat faded, until the 2017 crackdown.

Following the crackdown, most of the mosaic artwork was painted over, the Arabic writing was removed, the crescent moon motif was removed or replaced, and a large government propaganda banner hung from the mosque. Photo 3 is a photo taken in September 2018 by a visiting tourist, shortly before the gatehouse was razed. The mosque has a large red banner saying ‘Love the party, love the country’ draped across the building and a sign where the Shahada used to sit saying that CCP members, government employees and students are prohibited from praying in the mosque, including during the Eid festival. Furthermore, the doors were also closed and seemingly padlocked.

Asad Mirza is a commentator based in New Delhi. He was also associated with BBC Urdu Service and Khaleej Times of Dubai. He writes on Muslims, educational, international affairs, interfaith and current affairs. Email: asad.mirza.nd@gmail.com

One thought on “Destruction of Islamic architecture in China”