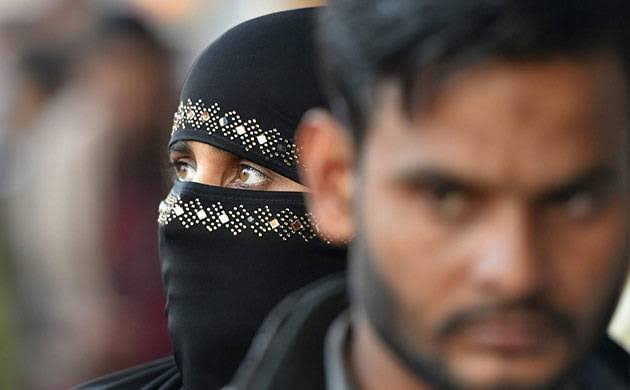 A debate is raging about the Bill introduced by Modi 2.0 government in Parliament in June 2019. Probably this first major effort by this government is based on the argument of giving gender justice to ‘Muslim sisters’. The Modi 1.0 government had introduced a similar Bill, but it could not become implementable as despite being passed in the Lok Sabha, the ruling Bharatiya Janata Party (BJP) could not get it passed in the Rajya Sabha, where it did not have a majority. As such, this Bill of the Modi 1.0 government came in the backdrop of the 2017 Supreme Court verdict which regarded instant triple talaq as invalid. The government argument in the urgency of passing this Bill now is that since it could not be passed in the earlier regime, nearly 200 cases of triple talaq (instant) are reported.

First, I think there is a need to have some clarity about triple talaq and ‘instant’ triple talaq. As per the Quran, triple talaq is the method of divorcing one’s wife. It involves saying talaq once, this is followed by a period of time during which the intermediaries from both sides make efforts at reconciliation. If there is a failure in this, then the word talaq is uttered the second time. Again, after this there is a period of time in which efforts at reconciliation are made by people from both sides and if those fail, then the third and final talaq is uttered, leading to separation of the couple. As per the Quran, “Appoint two arbiters, one from his family and the other from hers, if they wish peace then God will cause their reconciliation (4.35)….Thus when they fulﬁll their term appointed, either take them back on equitable terms or part with them on equitable terms and take for witness two persons among you endued with justice and establish the evidence before God. (65.2).”

What is mentioned less often is that women also have the provision of annulling the marriage as per their will by uttering Khula, which is valid as per the Quran?

The corrupted clergy, which as such has no religious standing in Islam, and which has come up in the society, has conned the society on this issue. This clergy has sanctioned the practice of instant triple talaq, which is far away from what the Quran says. This practice has seeped deep down and has been the cause of torment for Muslim women.

About the Quranic practice of divorce, the triple talaq, which is a part of Muslim Personal Law, the Supreme Court stated: “The practice (triple talaq) being a component of ‘Personal Law’ has the protection of Article 25 of the constitution. Religion is a matter of faith and not of logic. It is not open to a court to accept an egalitarian approach over a practice which constitutes an integral part of religion.”

Some commentators are using the word ‘triple talaq’, in place of ‘instant triple talaq’, about which Supreme Court has given the verdict and which is also banned in many Muslim majority countries, including Pakistan and Bangladesh. The Indian apex court has already banned it, so why the Bill? The cases taking place are in violation of the law of the land and can be dealt with the existing laws, which the honourable court has mandated. Why this Bill on top priority, or why this Bill at all?

The stand of the two Modi governments about the plight of Muslim women seems to be mere shedding of crocodile tears. What are the main issues of ‘Muslim sisters’? Muslim men are subjected to lynching on mere suspicion of carrying-eating-trading in beef. Muslims can be killed with impunity while travelling in trains on the suspicion of carrying tiffin with beef in it. Now, a Muslim can also be tied to poles on the suspicion of theft and forced to say ‘Jai Shri Ram’, before killing them. We have top leaders amongst BJP who are ever ready to honour those accused of murders related to cow and beef.

The social common sense is vitiated and the so-called fringe elements of the Hindu nationalist combine now are picking up ‘Jai Shri Ram’ as a new communal weapon to intimidate and subjugate the religious minorities. The imbalance in our economy created due to the Holy cow has affected many Muslim households, affecting the very life being of our ‘Muslim sisters’ also. It’s not only the males who suffer when a rampage is on around identity issues. The women of the household also suffer. As the government is smartly giving the figures of Muslim women given instant triple talaq, can it please also give the figures of ‘Muslim sisters’ suffering due to issues like cow-beef, love jihad, ghar wapasi and violence around the issue of Ram Temple?

And when the government talks about gender justice, one, while appreciating the concern about this topic, would like to check the same with figures that show that as per 2011 data, 24 lakh women have been abandoned by their husbands! Is there a law which can take care of these erring husbands who don’t have the courtesy of going through the divorce process and escape the alimony etc.? Is there a law to remind these erring husbands about their moral responsibilities? Then why this partiality? A whole lot of Hindu women of menstruating age group are prevented to enter the Sabarimala shrine on the ground of traditions, violating the Supreme Court order, sending gender justice for a toss!

As an aside, the Modi 2.0 government has dissidents like the Janata Dal (United) on the issue, but surely in Modi 2.0, only hangers on for power will stick around, as their differences will not matter in front of the brute majority that the BJP enjoys.