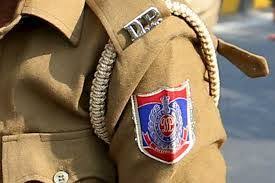 New Delhi, Sep 12 A Delhi police constable was allegedly thrashed by a bootlegger, his wife and his mother after he apprehended the bootlegger.

The accused tore his uniform and even tried to snatch his service revolver. The incident occurred on Tuesday at Rohini Prem Nagar area.

Police said they have arrested the accused identified as Sumit, his wife Pinky and his mother Shanti, all resident of Hind Vihar in Prem Nagar area.

According to a senior police official, on Tuesday at around 1 p.m. when a constable Amit was patrolling in Prem Nagar area he spotted an absent ”Bad Character” and also a bootlegger Sumit.

“Constable had also received tip-off regarding the illicit liquor being sold in the area. Amit along with his wife and mother are involved in trade of illicit liquor and when the constable reached there they allegedly attacked on him,” said the senior police official.

“Sumit along with his wife and his mother snatched mobile phone of constable. The accused even tore constable Amit”s uniform and they even tried to snatch his service revolver also,” said the senior police official.

“Police have registered a case under section 186, 353, 332, 392,393, 34 of Indian Penal Code (IPC) at Prem Nagar police station. Police have arrested all the three accused,” said the senior police official adding that further investigation is going on.