Kannur (Kerala), Dec 11: Prominent Islamic scholar and Vice Chancellor of Darul Huda Islamic University, Dr. Bahauddeen Muhammad Nadwi, has been nominated for the Shihab Thangal Islamic Personality Award. The nomination jury committee consisted of Sayyid Munavvar Ali Shihab Thangal, Prof. (dr.) N.A.M Abdul Qadir and CP Saidalavi. The recognition is in consideration of Dr. Nadwi’s contributions to the growth of comprehensive religio-secular education in Kerala as well as his initiatives and leadership for the propagation of religious institutions in other Indian states. The award carries a cash prize of one lakh rupees and citation and a shield.

Dr. Nadwi, presently the member of the Samastha Central Committee (Kerala’s influential body of Muslim Clergy), holds several prestigious positions including Kerala State Hajj committee member, editor of Suprabhaatham newspaper, chief editor of Thelicham, Santhusta Kudumbam, and Islamic Insight Journal. He has also authored several books in Malayalam and Arabic besides presenting important papers in international seminars. He has also travelled more than forty countries and has appeared eight times consistently in the list of 500 most influential Islamic personalities in the world.

The organizers of the award, UAE Kavvayi Muslim Youth Centre, informed that the award will be presented on December 22 at a grand function arranged at Kavvayi, in the Kannur district of Kerala. 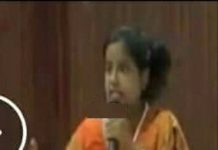 Fact check : Story of a cooked up Islam from Haryana