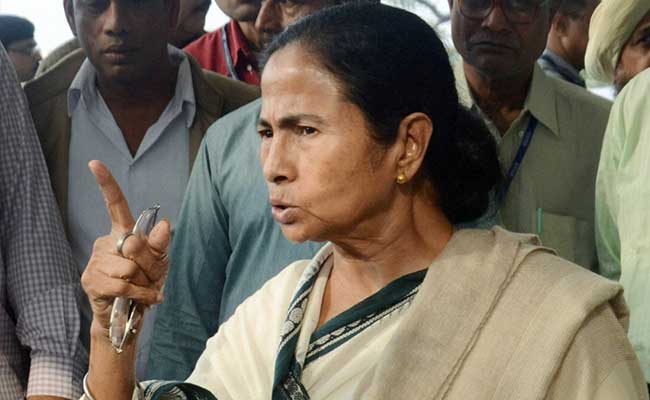 Bengal chief minister Mamata Banerjee’s government had restricted Durga puja idol immersion to 10 pm on September 30, the day of Vijaya Dashami – and banned any immersions the next day, because of Muharram (Muslim’s festival) is on the same day, reasoning that the clash of the celebration processions might take place on the same routes. People have moved to court and filled petitions against the Mamata government.

Durga Puja in West Bengal is the grandest festival and the greatest event in the religious life of the Hindus living in West Bengal.  People worship the Goddess Durga with great pomp and devotion every year. It is the festival of reunion for friends and families. On the tenth lunar day, called the Vijaya Dashami, Durga idol after worshipped gets immersed in the nearest river. Generally, the idol is carried in procession through streets and rivers. People of all classes, men and women, old and young, go to see the immersion.

Whereas, Muharram is the first month of Islamic year celebrated by the Muslims community. The Islamic lunar calendar marks the beginning of New Year by the sighting of the moon of Muharram. , Shia Muslims during Muharram do different things and with different intentions. Shia Muslims observe and respect Muharram as the month of mourning.

This Year 2017 brought out the latest controversy made by Mamata Banerjee’s government on restricting Durga idol immersion on the Muharram day. The case was filed against the government to the High Court. The Calcutta High Court on Thursday 21st of September struck down West Bengal government’s order of prohibiting immersion of Durga idol after 10 PM on September 30 and October 1 on account of Muharram. In its order, the court allowed the immersion of idol till 12 am on all days including Muharram. It also asked the police to ensure routes are designated for immersion and Tazia, ANI reported.

“Let them (Hindus and Muslims) live in harmony, do not create a line between them,” Acting Chief Justice Rakesh Tiwary said, asking the government to provide a “concrete ground” for its decision. “People have the right to practise their religious activities, whichever community they may be of, and the State cannot put restrictions, unless it has a concrete ground to believe that two communities cannot live together,” the acting chief justice.

Banerjee’s logic was “baseless” and a “deliberate attempt to create communal divide”, according to the Hindustan Times.

This was viewed by many as an infringement of the fundamental right to practice religion. But Mamata Banerjee’s government defended by saying that the restrictions were a preventive measure to rule out any law and order problems.

Different Political Parties the BJP, RSS, Bajrang Dal and VHP accused the chief minister of indulging in appeasement politics. “The state government doesn’t have the right to decide when and how immersion will take place, it can only decide the routes for immersion. This administration, especially the chief minister, has no confidence in herself or in her administration. That’s why she is attacking our religious beliefs and introducing restrictions.

If she has so little confidence, let her seek the Centre’s help,” state BJP president Dilip Ghosh said. On this contrary Mamata Banerjee warned the right-wing organisations asking them not to “play with fire.” She also added that few “mischievous people” have conspired and “misled others by making incorrect statements.”

After the court passed the order, Mamata Banerjee called an emergency meeting with top cops at Nabanna, the state secretariat and asked them to make arrangements in sync with the court order. Later while inaugurating a puja in south Kolkata a visibly enraged Chief Minister said the administration would work according to the court’s instruction and trouble makers would be strongly dealt with. Mamata Banerjee said that it was not ‘appeasement but administration’. She added to it that they have been handling Durga Puja and Muharram together for last five years and every time their government maintained peace and harmony. But according to her for last few years, some political parties are trying to play dirty politics over this. They are conspiring against Bengal and spreading misinformation. To her she is always blamed for appeasement politics and she is not doing it for any religion but for people of the state.

This is not the first time that the court has slammed the Mamata’s government for its attempted high-handedness. Mamata Banerjee must have been got used to it. This is all no less than the Pure Fledged Political Stunt that Bengal government is making in order to be in the frame of ‘Politics’. Making it such a harp two weeks before, on banning the immersion of idol on Muharram, the government should have ensured the proper arrangements to it. Like what they are doing now after Court restriction. They should demarcate routes for immersions and for processions so that these can take place simultaneously in peace and we see no clash between members of the two communities.

Without getting into heated argument about what is right and who is right, hopefully we get to enjoy a trouble free festival this year.