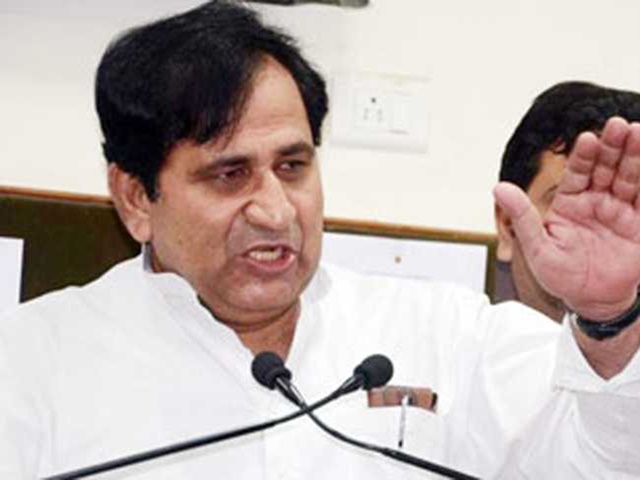 This is very disturbing to know that two supposed to be the heavy weights among the Muslim politicians in Bihar have decided to oppose each other in Madhubani parliamentary constituency in Bihar. One is Dr. Shakeel Ahmad (ex-MP and spokesperson of Congress) another is Md. Ali Ashraf Fatmi , also a former MP and Minister from Bihar. Who had done a lot for the community (Fatmi Committee Report) and the constituency during their hay days; I wouldn’t like to go into that debate.

What is more important is how to stop that Madhubani seat going into hands of BJP. And in my opinion I feel that Dr. Shakeel Ahmad deserves our all-out support more than  Fatmi, because of various reasons. First , in this shameless new culture of buying and selling tickets openly by various gatbandhan constituents , Dr Shakeel is at least not the guilty of purchasing a party ticket by paying hefty amount of money. He has not changed his party, and has not purchased ticket from another party. Although he has resigned from his spokesperson‘s job and possibly he will be expelled from the party very soon. But one thing is sure he will go back to the party which is definitely going to rule the country in the coming term.Second strong argument in support of him that he made it clear more than a week ago that he is going to contest from Madhubani seat.

Fatmi  is late. After the candidature of VIP was announced , I personally called  him and asked  about his next political move, he came with an evasive answer. Now if he tries to file nomination from Madhubani, it will not remain hidden from the people that his aim is not to reach parliament, but to simply spoil the chances of the other strong Muslim candidate. Third point is that there are as many Jhas in Madhubani as Muslims are . And in present political scenario the Jha voters will either go with Congress first or BJP second. If both the social group join hands in support of Muslim candidate, he will definitely win. Shakeel Ahman had all the chances of getting the full support of Congress cadre as well as ‘Jha’  cast voters. Fatmi  seemed to have made some arrangements with CPI and at maximum he can get CPI cadre votes.

On the other side Shakeel Ahmad has already represented Madhubani constituency  twice  and he has good bond with the people. Madhubani has been the political playground of his father and grandfather both. As relationships between Fatmi and Laloo Yadav has got strained, he is not going to get any Yadavs support. With all option he can’t get more than two lakh votes. Muslims of the constituency should understand that if they happen to split their vote in the name of relationship, friendship, personal equations and financial gains, they are going to gift their seat to Shri Narendra Kumar Modi .

Let me make one thing clear that I am neither a Congress member nor have any acquaintance with Dr Shakeel Ahmad.

One more point I would like to add that Muslims in particular and voters in general must not vote for such candidates about whom they have any doubt that the ticket that he has got has not come to him because of political services and social contributions, but because of the money or some underhand deal.

If Mr Fatmi is so keen to contest the present parliamentary election, he should move to Sheohar. RJD’s candidate from Sheohar is not acceptable to the Muslim community because of his close contacts with many BJP leaders. Muslims of Sheohar see in him another Mokhtar Abbas Naqvi, Shahnawaz Hussain and or Arif Mohammad Khan. I am sure if he moves to Sheohar, he will receive a grand reception from Muslim community as well as other marginalized communities.

SM Sarwar Hussain is ex president of AMUSU, he can be reached at : smanwarhussain2009@gmail.com. Views expressed  are personal