The credibility of the poll panel was never before pushed to the lowest-level as in the ensuing 2019 Lok Sabha Election. The decisions of (Election Commission of India ) ECI are being viewed with disbelief, distrust, and anguish. Mr. Narendra Modi had made a patently communal slant at a poll rally in Wardha, Maharashtra on Congress President Mr. Rahul Gandhi for contesting election from Waynad seat but the ECI surprisingly held that the PM did not violate poll code. It seems that Modi-Shah duo got absolute impunity from the ECI as they have been breaking and violating all norms of election code during the electioneering.

There were caused shivers to spine of election machinery when an honest and upright officer like Mr. Mohammad Mohsin, General Observer of Sambalpur was hurriedly suspended for fearlessly performing his duty. His suspension was a clear-cut violation of the law, subsequently revoked but departmental inquiry is ordered to create an apprehension of stigma on the careers of election officers as deterrent to make them politically subservient.

The rejection of candidature of SDPI from North East Delhi parliamentary constituency. Dr. Tasleem Ahmad Rahmani, was also highly arbitrary and autocratic. This arbitrary decision was brought to the notice of the ECI, but the ECI did not act upon it. This decision is being perceived as an exercise to remove the thorn into flesh to provide a smooth sailing to other similarly-situated VIP candidates of the same flock for only among themselves. This has been manifested again in Varanasi where the election machinery has been in an alarming mode to engineer a pavement for easy walk over starting from initial formalities of nomination, citing ministerial and technical grounds for the rejection of nomination papers of other candidates, including, Tej Bahadur who was recently picked up as SP-BSP-RLD candidate who has been swiftly and widely recognised as one of the main contestants against Mr. Modi not only due to his personal sufferings caused to him for raising issues of rampant corruption in security forces but also focusing on facts and exposing the lies and subterfuge, spread by Mr. Narendra Modi and his teams of I.T. Cell.

Now the nomination papers of another other candidate, Bhagwan Das Vedant Acharya, representing the local feelings of Varanasi in view of damages to the cultural ethos as well as historical values in last five years and bringing the picture of grassroots situations of Varanasi before the country, has also been rejected.

These instances of rejection of nomination of the candidates illustrate vividly that the country is witnessing a sort of despotism and strangulation of roots of democracy in our country.

Such act  is unavoidable call of democracy to all individuals, organisations and political parties to seriously and immediately take up the matter regarding the failing and unbecoming role of ECI so that democracy is saved and India may not turn into a banana republic. ECI must come out clean in exiting quagmire as the credibility of free and fair election at stake. 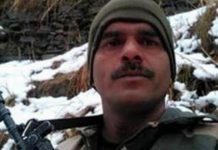 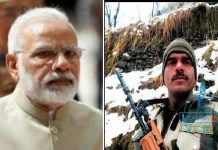