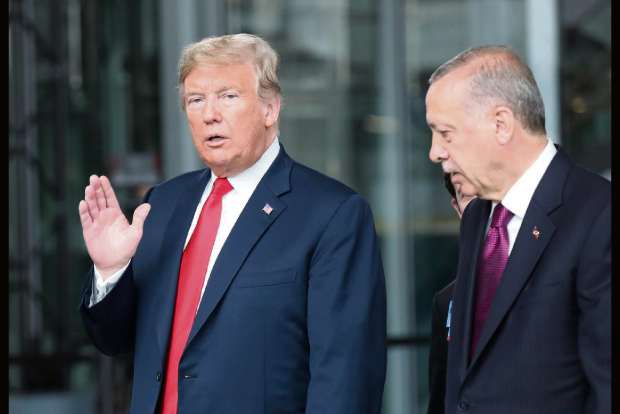 Earlier, Erdogan urged the international community to impose significant pressure on the Syrian regime to stop its “brutality” in the northern province of Idlib, the last rebel-held stronghold in Syria.

He said over 400,000 people from Idlib have started moving toward Turkey”s border to flee hostility in the region.

Erdogan also expressed his concerns that the civil war in Libya would create circumstances for the rise of terror groups like the Islamic State and Al Qaeda.

Libya has been gripped by a raging civil war between the UN-recognized Government of National Accord and the Libyan National Army, as the world leaders have been trying to force the warring parties to compromise on a permanent ceasefire.