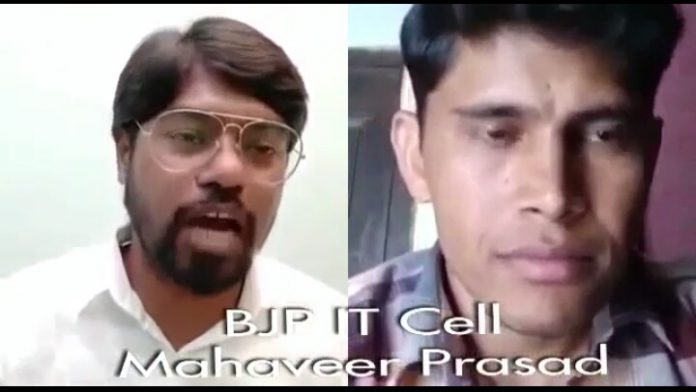 New Delhi : In a startling video which has gone viral on social media  , Mahaveer Prasad- an ex BJP IT cell employee has claimed that EVM’s were fixed during the Pulwama attacks and Modi is all set to become PM again.

Elaborating on the issue, Prasad  has revealed that Pulwama attack was orchestrated in a bid to deviate the masses from the issue. “They can kill 500 solidiers for power, not to talk of 50,” says Prasad.

The BJP IT cell has often been accused of doing vicious propaganda against its opponents. The Bharatiya Janata Party (BJP) has the maximum online presence amongst all the political parties present in India. The official Facebook page of the BJP has over 14 million ‘likes’, in comparison to its next major opposition the Indian National Congress that doesn’t even have five million. Both Narendra Modi and the BJP have a huge number of supporters online, many of them have come under a lot of criticism for blatantly posting abusive content
Prime Minister Narendra Modi has also come under sharp criticism over the years from various quarters for following many Twitter users who regularly post abusive, misogynistic and communally charged statements.