New Delhi, 17 Nov : Indian Army is known to be the most impartial and unbiased institution but now its impartiality and credibility  is on stake. Many top ranking retired army officers joined BJP is past and several appear  on TV channels and speak like  the spokespersons of rightwing  Hindutva  groups.

The latest example is  Mj Gen Retd S P Sinha . In a live TV debate on the issues of Kashmiri Pandit  Mr. Sinha calls for killing and rape a Muslims in as the solution of ‘killing and rape’ of Hindus

No wonder Indian Army is facing charges of killing and mass rape of Muslims in Kashmir. Kunan Poshspora   alleged mass-rape case is an example where  the villagers claimed that many women were allegedly raped by soldiers on February 23, 1991 at night. The First information report filed in the police station after a visit by the local magistrate reported the number of women alleging rape as 23. However, Human Rights Watch asserts that this number could be between 23 and 100. 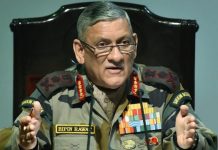 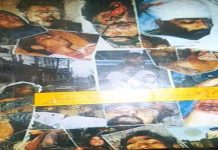 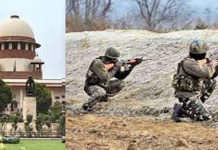 SC to hear plea on AFSPA dilution on September 4