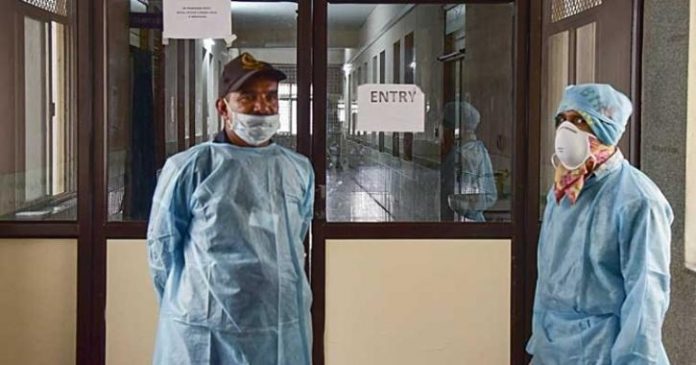 In a crucial time when the nation  is facing the biggest  ‘ disaster’ after the independent  and government is trying its level best to get over it, a section of media has started an all over war against Muslims- the largest minority of the country by floating baseless and fake news against them .

We are confident that we as a nation will defeat the coronavirus, but the virus of hatred which is being spread  by media will have a far-reaching impact and pose a threat to our national integrity if not stopped immediately.

Given below are some fake news items which were carried by ‘mainstream’ media.

(The word restriction in headline is not followed – unprofessional headline)

2-    Blurb: (A couple of days ago, the role of Tablighi Jamaat in the spreading of the Wuhan Coronavirus across numerous states of India had come to light)

(The blurb is an allegation with motivated intent. )

Now let’s come to the news:

3-    There is no end to anti-social behavior of attendees of Tablighi Jamaat in Delhi who had now spread the deadly Coronavirus in the entire country.

4-    After attacking medical teams who were searching for Tablighi members for who had attended the religious congregation to check them for possible infection, and spiting on doctors at an Isolation centre, now some members of the Jamaat has been found roaming naked in their ward and making lewd gestures for female staff at a Ghaziabad Hospital.

(The 3 w and H rules are not followed in the information. Info 1- Tablighi members attacked the medical team – where did they do that? Info 2- some members found roaming naked in their ward and making lewd gestures for female staff – 3 w & h rule missing – some members found roaming naked- In hospital a proper dress is given to the patent. No patent is allowed to wear his own dress. There are male nurses and attenders in the ward. No photo of naked men is produced for supporting allegation nor for lewd gesture towards female staff.  No names are attributed in this statement and it is a It is a concocted narrative)

5-    The Chief Medical Officer of the District MMG Hospital in Ghaziabad has written a letter to the Ghaziabad police informing about criminal behaviour of the Jamaatis.

(Even the letter is produced the name of the CMO is missing in the story. An amateur work)

6-     The CMO writes that the members of the Tablighi Jamaat who as kept at the isolation ward of the hospital have been roaming in their wards naked with their pants.

(First it was said that they were roaming naked now it is said here, they wearing pants.)

7-    The letter states that obscene comments and songs are being heard from the ward, and inmates are asking for beedi-cigarette from the staff of the hospital. The CMO also writes that those people are also making lewd gestures towards female employees of the hospital.

The letter by CMO states that the staff nurses of the hospital had already written a letter to the police regarding the matter, and requested the police to take necessary action so that the Jamaatis kept their can be disciplined.

(The entire story now centers on the CMO letter. Was CMO witness to obscene comments/ songs? No name of the staff member is given in the story that can be the originator of the news and may have reported to the CMO.  The purported letter may have been generated by the vested interest with criminal intent to malign the Tablighi without any authentic source of reportage. The intention was through the purported letter as source of evidence noise in the media could be made against the Tabligis and police action could be taken against them),

8-    Yesterday, Tablighi Jamaat members kept in a quarantine facility was found misbehaving with the staff and making unreasonable demands for food etc.

(It’s a malicious reporting without following the basic tents of news reporting. misbehaving with the staff / unreasonable demands for food – all allegations)

9-    The occupants of the centre had attempted to spread the potential coronavirus to doctors and other medical healthcare workers who were attending to them by spitting at them.

(Now this is despicable view with criminal intent. It is labial and can be booked for sedition)

Conclusion- The news is generated based on the letter of the CMO. The news has never been verified or investigated. Action against the Jamat members was on this factious report.