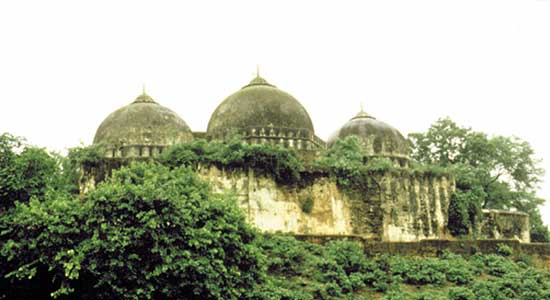 New Delhi: The curious case of Sunni Waqf Board has given a fresh twist to Ayodhya title suit, one of the longest running land dispute cases, the verdict in which has been reserved by a five-judge bench of the Supreme Court after a marathon 40-day hearing.

A rift has emerged in the Waqf Board, which has been claiming to be a stakeholder in the Ayodhya land dispute case.

One side said that they are ready to go for the settlement while the other fiercely contests the title on the disputed land.

It”s significant as it happened after 40 days of the intense hearing in the extremely sensitive case.

On one side, Sunni Waqf Board counsel and senior advocate Rajeev Dhavan strongly argued claim of ownership of the disputed land while, on the other side, Advocate on Record Shahid Rizvi said that the parties involved in the Ayodhya title dispute have reached a settlement and thus there will be no need of any judgement in the issue.

However, the Nirmohi Akhara has rubbished the claims on mediation, with its spokesperson Kartick Chopra saying it seems a rift has emerged in the Waqf Board.

However, he said the fresh report over mediation will not have any impact on the case as the court has already reserved it”s verdict.

Vishnu Shankar Jain, another advocate representing one of the Hindu parties, also said the fresh report over mediation will not impact the final verdict as the court has already reserved the judgement after hearing all sides at length.

Rizvi said once a case is before the court, then parties involved in the matter are entitled to present their case in the best possible manner but at the same time, if the court has feeling that the case can be settled by mediation, then it should not be ignored.

Rizvi said the top court itself has shown interest that it can be settled by mediation. He further added that if the parties think that cases can be settled before the judgement given, the party can settle the dispute. It is up to the court to take a call and may approve it.

“There is no bar in discussing outside the court. Specifically in this case, the court, in fact has allowed it,” Rizvi said.

Two appeals were been filed by the Board in 2011 — the main lawsuit and the Ram Lalla lawsuit.

But Rizvi claim was denied by the counsel representing the Board in the top court and they have refused to comment on the nature of the settlement.

In March, the top court has appointed a mediation to amicably settle the issue but when it failed to achieve its goal, the top court agreed to hear the arguments of all parties. The day-to-day hearing began in the case from August 6 and on October 16, the top court reserved its verdict.

On the behest of Muslim parties, the Supreme Court opened the door of the second round of mediation In the middle of September.

Ram Lalla and the Nirmohi Akhara did not participate in the second round of mediation.

Rizvi said the court-appointed mediation panel had filed a report in the apex court based on terms and conditions on which the parties which include the Waqf Board, Nirvani Akhara and three other Hindu parties. The report was filed in the court on Wednesday morning.

However, another advocates associated with Sunni Waqf Board has expressed disagreement in connection with the settlement on the dispute through mediation.

Shakil Ahmed, another advocate on-record for Sunni Waqf Board, said that the leak to the press may have been inspired by either Mediation Committee directly or those who participated in the said mediation proceedings or participants.

“It needs emphasis that such a leak was in total violation of the orders of the Supreme court that had directed that such proceedings should remain confidential,” said the lawyers for Sunni Waqf Board.