While discussing the Citizenship Amendment Act many public opinion-makers in India got confused between the constitutionally granted rights to Shias in Pakistan and violence perpetrated on them by extremist elements of that country, whose Father of Nation is Mohammad Ali Jinnah, who himself comes from this minority sect of Muslims. In the process of espousing the cause of minorities in Pakistan these experts mixed the case of Shias with Ahmediyas, who were declared by its Parliament as non-Muslims on Sep 7, 1974. Thus, Shias like any other Pakistani can hold the position of President and Prime Minister while Ahmediyas are constitutionally denied this right.

Shias still hold top positions in that country. General Yahya Khan, the then dictator was a Shia so was Zulfikar Ali Bhutto, the Prime Minister of Pakistan between 1973 and 1977. His wife Nusrat Bhutto, born in Iran, was also a Shia and so by that logic was Benazir Bhutto. The Armed Forces chief during 1965 war with India, General Musa Khan also belonged to this minority sect of Muslims.

The constitution of Pakistan came into existence in 1973 when Zulfikar Ali Bhutto was at the helm of affairs.

Ironically, Ahmediyas were declared as non-Muslims by not any military dictator of Pakistan but by the Parliament in which Bhutto’s party Peoples Party of Pakistan was in complete majority.  Bhutto might have buckled under pressure from the religious parties but he always took credit for this action. After all, both Sunnis and Shias of Pakistan largely supported Bhutto’s move. Thus Ahmediyas were declared non-Muslim when a Shia was the Prime Minister of the country.

Yet Pakistanis are divided on the issue of treatment to Ahmediyas. While there are many who say that as a minority Ahmediyas have every right to live in Pakistan and enjoy their other rights as citizens, there are others who detest them on the ground that they do not recognize Prophet Mohammad (PBUH) as the last Messenger of God.

What comes out from the 72-year old history of Pakistan is that the people in general do not discriminate when it comes to leading the country. No Sunnis of Pakistan ever accuse Jinnah of being a Shia: nor does anyone blame Yahya Khan of letting down the country in 1971 because he belonged to that sect. Bhuttos, both father and daughter, perhaps have larger Sunni support base than Shia.

Similarly, when it comes to leading the country most Pakistani leaders have come above the sectarian divide. In return the Shia leaders had always indulged in mainstream politics.

For example, if father Zulfikar was responsible for declaring Ahmediyas as non-Muslims, it was during the tenure of daughter Benazir that Taleban came to power in Afghanistan on Sep 26, 1996. And everyone knows as to who backed Taleban in that country.

Another irony of sectarian politics is that when Taleban came to power in Afghanistan they were accused of suppressing Hazaras of that country who are Shias. Taleban killed several Iranians in Mazar-e-Sharif, a city in northern Afghanistan.

Today the same Sunni Taleban has a good relationship with Iran, a Shia-dominated country.

It is not only politically that Shias have a substantial influence. They have a palpable influence in various fields, including academia, journalism, sports, entertainment etc.

For instance the most influential English newspaper, Dawn, was founded by a Shia, that is Jinnah himself. Even today it has a Shia editor, Zafar Abbas.

Dawn has a renowned columnist, M B Naqvi.

Another influential English newspaper, Muslim, (now closed) was edited by Mushahid Husain Sayed, who later switched over to politics and became a leader of Nawaz Sharif’s Pakistan Muslim League.

Notwithstanding the above realities one cannot deny the fact that Shias are being targeted by fringe elements and extremists. They come both from Ahl-e-Hadith and Ahl-e-Sunnat-wal-Jammat groups of Sunnis. A handful of them even consider various Shia sects as non-Muslims.

Besides, ISIS, which is active in Nangarhar province of east Afghanistan are anti-Shia and have carried out several massacres of this sect both in Afghanistan and Pakistan. But they killed many Sunnis too who are opposed to them.

No doubt Sunnis and Shias are the two biggest sects of Islam in the Indian sub-continent having some historical differences. But these differences are often magnified by many historians and journalists. Sometimes political differences are painted as sectarian enmity. For instance, during the Mughal rule Shias had strong influence. This is obviously because of the Persian connection after Humayun fled to that country following his defeat at the hands of Sher Shah.

Those were the era of Safwi dynasty in Persia, modern Iran. Persia was in the process of transforming into the Shia-dominated country from Sunni-dominated one in the 16th century.

Curiously, Aurangzeb, who carried a prolong campaign against the Shias in Deccan, was the son of Mumtaz Mahal, a Shia. Against the general perception that he was a Wahhabi, Aurangzeb was a follower of Naqshbandi school of Sufis. Incidentally Mohammad bin Abd al-Wahhab was born in Arabia in 1703 just four years before Aurangzeb’s death.

Jamaluddin Afghani, the champion of pan-Islamic movement, poets Mirza Ghalib and Mir Taqi Mir, scholar and jurist Justice Ameer Ali and hordes of Shias made enormous contributions to India and they were never considered outside the mainstream Muslim society.

But things started changing after the 1979 Islamic Revolution in Shia dominated Iran. It is the Sunni dominated Saudi regime, which started fanning the sectarian divide to consolidate its rule. The revolution in Iran posed a big challenge to the dictators and monarchs of Gulf. They first instigated Saddam Husain to attack Iran. Having in this attempt they tried other strategies. They started financing some outfits to wage their war against Iran. It is other thing that these militant groups ended up causing problems to the Gulf regimes too.

These developments had its impact in the sub-continent, especially Pakistan. But they achieved limited success and the Shia-Sunni divide could not go much deeper.

The author, Soroor Ahmed, started his journalistic career in 1986 from Delhi-based news agency Public Opinion Trend (POT News), then edited by late Rajindra Sareen, an expert on Pakistan. The views expressed in the article are author’s own and has been written to clear many confusions in the media on Shia factor in Pakistan. 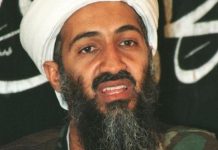