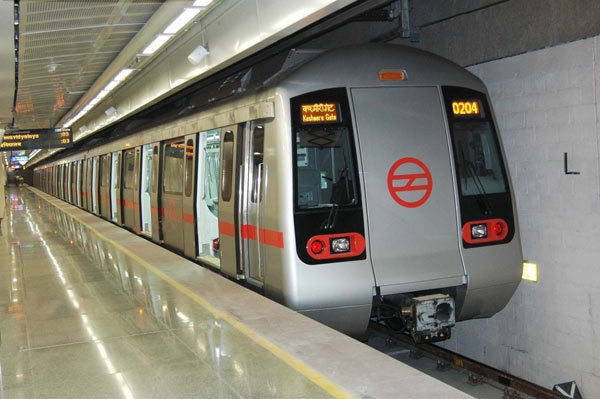 New Delhi, Dec 24: Unaware that nine Metro stations would stay shut Monday, hundreds of commuters got a rude shock in the morning, unable to emerge from or enter several metro stations in central Delhi. The decision to shut these stations was taken after protests in the heart of the capital turned violent Sunday.

Rajiv Chowk Metro station alone sees a footfall of about five lakh commuters a day. Office-goers who routinely use the station found themselves having to get off elsewhere.

However, commuters were allowed to change trains at both Rajiv Chowk and Central Secretariat.

As metro stations were shut Sunday, there was chaos and buses plied at full capacity.

Since Saturday night, eight Metro stations in the heart of the capital were closed to commuters. Later, Pragati Maidan Metro station too was ordered closed, and major roads leading to Rashtrapati Bhavan and India Gate were blocked.

Barricades were placed at Parliament Street, Rajpath and Vijay Chowk in central Delhi where the protestors had been converging over the past week.

Raisina Hill, where the high-security Rashtrapati Bhavan is located, saw massive protests Saturday and Sunday as thousands of furious and determined youngsters marched towards the official residence of the president.

The protestors, many of them students in school or college, raised slogans and demanded justice for the 23-year-old woman who was brutally gang-raped last week and now battles for life in a hospital here.

Police resorted to caning and lobbed tear gas shells to disperse the crowd. Many were also drenched as water cannons were used in the winter chill.