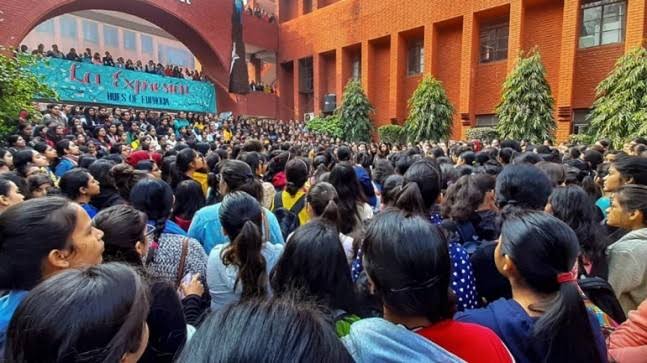 New Delhi, Feb 19 A fact-finding committee conducting an independent probe into the alleged molestation of female students of Delhi University”s Gargi College here on February 6 has so far recorded and examined the statements of over 600 witnesses, varsity sources said on Wenesday.

A preliminary probe by the committee revealed gross lapses in overall security at the fest and that the college had underestimated the number of participants in the fest on the campus. It recommended immediate sensitisation of the college staff to gender issues.

“The committee found that the Internal Complaints Committee (ICC) is grossly biased and compromised and that a new ICC be formed as per UGC requirements by February-end,” the college”s student body said in a statement.

During its General Body Meeting on Monday, the panel had presented its preliminary findings before the students and other members.

Many students of Gargi College in south Delhi had alleged that a mob of outsiders had gatecrashed into the campus and manhandled and sexually harrassed them on the third day of the college”s annual cultural fest ”Reverie”.

A second-year student told that aggrieved students will meet with Delhi Commission for Women on Friday on the matter.

With the arrest of two more persons by Delhi Police on Tuesday, the total arrests in the case have gone up to 17.

The accused were arrested under Sections 452, 354 and 509 read with Section 34 of the Indian Penal Code, police said on Tuesday. Of them, 10 have been granted bail by Delhi”s Saket court.

Additional Deputy Commissioner of Police Geetanjali Khandelwal is leading the investigation in the said case.

The Delhi High Court had on Monday issued notices on a petition seeking a CBI probe into the molestation incidents.