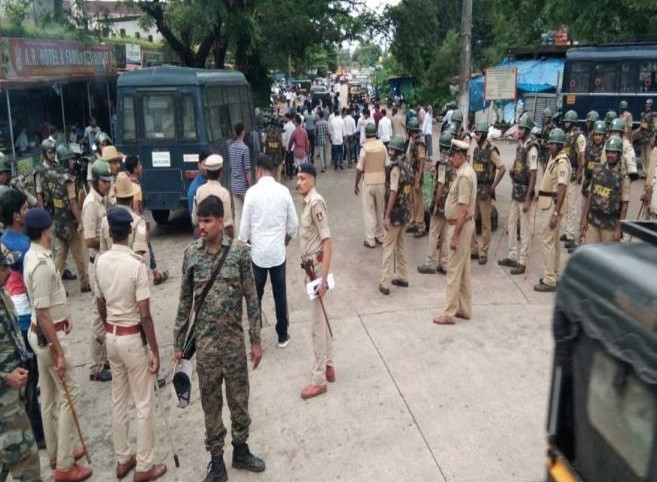 Panaji, April 4: The police in Panaji on Saturday arrested a social activist Sudeep Dalvi for allegedly promoting hatred between “religions and classes” amid the ongoing COVID-19 pandemic.

According to a government spokesperson, Dalvi has been booked under sections 505 (2) (promoting hatred on grounds of religion, classes) and Section 188 (disobeying order of public servant) of the Indian Penal Code on the basis of a complaint filed by one Prajyot Naik a resident of Chimbel, a Panaji suburb.

The First Information Report filed against Dalvi states that the accused “knowingly uploaded a post through his Facebook account in public domain promoting enmity and hatred between the religions and classes in view of pandemic disease COVID-19 in defiance of orders issued by public servant in-force”.

Dalvi, who as an activist had participated in protests against the National Register of Citizens in Delhi”s Shaheen Bagh recently, is the second person to be arrested in Goa for allegedly promoting hatred in view of the COVID-19 pandemic in the last 24 hours.

While the police are mum about which specific post uploaded by the accused on his social media account was the cause for his arrest, in a post uploaded on Thursday April 2, Dalvi had verbally abused the Chief Minister Pramod Sawant and had gone on to allege that due to the COVID-19 stigma, one religious community would be rendered as untouchables in modern Indian society.

Interestingly, in a post on Friday, however, Dalvi had announced a reward of Rs 1,000 for a police sub-inspector who took to crooning to creatively inform the residents of Vasco town about the perils of COVID-19.

A video of the officer-singer had also been uploaded by Dalvi, along with the post.