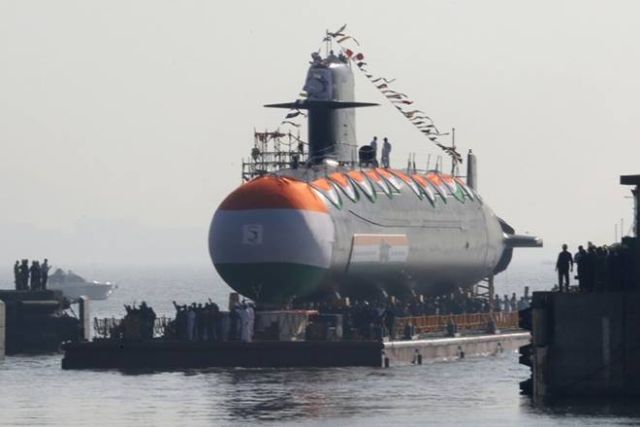 The P-75(I) programme was once the biggest rays of hope for the private sector, especially companies like Larsen & Tubro and Reliance Naval that were gearing up for orders under the programme announced in October 2014. The private shipyards — L&T’s at Kattupalli and Reliance Naval’s at Pipavav — currently have turnovers of under Rs 1,000 crore and have slipped into the red.

The private sector in India has less than 5 per cent (about Rs 5,000 crore annually) share of direct orders from the Defence Ministry for manufacturing. “The expectation was that the private sector’s share will rise to almost 25 percent in the next three-four years,” Vice Admiral (Retd) Shekhar Sinha told BTVI.

Last May, India cleared a long-awaited policy to push local defence manufacturing by effectively picking industry champions that would tie up with foreign players to make submarines, fighter jets, helicopters and armoured vehicles. The decision came after Prime Minister Narendra Modi vowed to end India’s role as the world’s largest arms importer by asking foreign firms to share technology with local players and then manufacture in India — in return for a slice of the $250 billion analysts claim the country would spend on its armed forces over the next decade.

The government, under the “Strategic Partnership” model, would shortlist and then pick Indian companies to join forces with foreign firms. The winners were guaranteed billions of dollars of orders to incentivise them to manufacture. “For each platform, one private sector strategic partner will be chosen,” then Defence Minister Arun Jaitley had told reporters after a cabinet meeting at that time. “You don’t set up a manufacturing facility if you don’t have any hope of getting orders.”

The Defence Ministry had thereafter drafted its out-of-the-box Strategic Partnership model by building on recommendations of several expert committees and groups. And private players were an integral part of the plan. “Everyone hoped the P75(I) project will come to the private players but it seems that the plan is now shelved,” added Sinha.

Former navy chief Admiral Vishnu Bhagwat said it was imperative for the government to include private players in defence manufacturing. “I am shocked at the decision. During my tenure I had drawn up a 30-year plan and given it to (the then) Defence Minister. In India, very sadly, the Ministry of Defence and its procurement team hardly understand their business,” Bhagwar told BTVI.

Agreed strategic expert C. Uday Bhaskar, who felt the decision would prove “disastrous” for the country in the long run. “India knows the public sector has not delivered in the defence sector and in the shipbuilding sector, where foreign participation is a must. The private sector was encouraged to get into this sector; many acquired and developed infrastructure so that they can be considered relevant for business from the government. And now we hear that the decision has gone — again — to a PSU known for its delays,” Bhaskar told BTVI.

Defence manufacturing in India is small and dominated by PSUs, many of which have been criticised for poor performance. Private firms such as Larsen & Toubro, Mahindra Group, Tata Group and recent entrants Reliance Group and Adani Group are trying hard to seek orders. One of the aims of involving private players was to create submarine-building capabilities outside of the state-owned shipyards that were known for cost and time over-runs.

The Defence Ministry then drafted Expressions of Interest (EoI) to be issued to the private sector shipyards in India so as to select the local Strategic Partners. But in less than a year’s time, new Defence Minister Nirmala Sitharaman has decided to dump that process. Officials of Indian Navy did not explain reasons for reversing the original plan, first mooted by Manohar Parrikar when he was the Defence Minister.

At a meeting chaired by the Sitharaman in late March, it was decided that the P75(I) programme would not be rolled out under the Strategic Partnership Policy of the Defence Procurement Procedure 2016, as initially decided, and would be handed over to MDL on a “nomination basis”.

The decision, taken less than a month after the visit to India by President Emmanuel Macron, is being viewed as a positive one for the French shipbuilding conglomerate Naval Group, which already has a collaboration with MDL under which it is currently building six Scorpene Class submarines. The first of these has been launched and the rest are to be commissioned by 2020.

(Shantanu Guha Ray is with Business Television India, BTVI. Views expressed are his own. He can be contacted at shantanu.ray@btvi.in.) 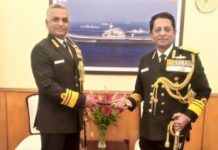 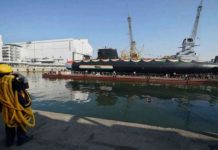 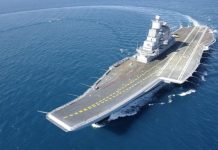