History gives us an unerasable perspective on the human condition. It may be through written records, cultural traditions, archaeological evidence or social customs that have survived the ravages of time. Herodotus, the ancient Greek philosopher, was the first chronicler of history. He invested his efforts in eliciting a coherent pattern of human affairs in ancient times and recording them for posterity. All historical records and phenomena have a nucleus of fact that is authentic and verifiable. Any deviation from the prescribed historical approach would lead us away from the verity of the human condition and into the realm of anistoresy and myth.

It was exactly this ideological error into which Hindu nationalist scholarship fell. The corpus of history they subscribed to was heavily encrusted with popular legend and folk myth. They adopted the popular myth in preference to strict historical truth. The modus operandi to propagate their creed was to rewrite or ‘emend’ (as they claimed) the tradition of received history. The Hindu nationalist version of history controverted the factual veracity of traditional history. The radical Hindu nationalist scholarship claimed that much of the corpus of history enshrined in conventional academics and preserved in libraries was intellectual aberration. The ‘nationalistically’ inclined academia set about rectifying ‘errors’ of traditional scholarship. Anything not consonant with their belief or ‘doctrinaire prejudice’ was to be expunged from the repertoire of historical knowledge. 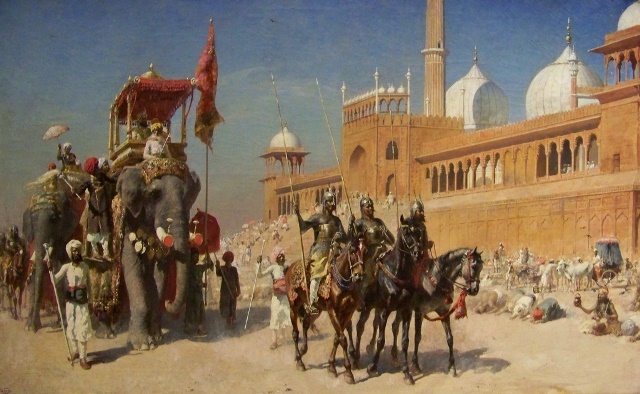 The major volume of this rewriting of history had to deal with the advent of Muslim rule in India. The culture, the customs, the language and the social ethos that Muslims brought to India was considered alien phenomenon infringing upon the native character and identity of the Indian nation. It was the ‘moral’ duty of the true nationalists to salvage the pristine Vedic provenance of Indian heritage and preserve it for posterity. The charitable portrayal of the Muslim rule in academic historical chronicles was unpalatable to the phalanx of right -wing persuasion . They vehemently controverted the traditional historical accounts that lauded the competent governance and administrative policies of Muslim rulers. They treated the Muslim reign in India as an odious intervention by alien agents in native affairs. In their treatment of history they resorted to presenting a jaundiced view of the Muslim era of Indian history. They magnified and exaggerated the personal weaknesses and superficial foibles of some Muslim rulers to discredit their achievements in administration and management of affairs of the state. Thus the venial weaknesses of individual character were depicted as mortal sins.

An effective way of inflicting ideological damage on history was excision of all signs of Muslim identities from historical entities, monuments, towns and cities of India. Anything that seemed to commemorate or celebrate in speech or writing the Muslim character of a historical fact or event was to be consigned to the pit of oblivion. Historical syllabi and preserved intellectual heritage were systematically purged of ‘unwanted’ baggage of non-indigenous provenance.

An expedient way was to begin with names. Origins and names of persons, places and things have an umbilical connection with the history of the world that cannot be sundered without obliterating our heritage and ancestry. The Sanghi thought as that of Yogi Adityanath, the BJP Chief Minister of UP, is pathologically afflicted with a visceral dread of Muslim names be they of historical personages or places. This onomastic obsession in the Sanghi psyche has resulted in ceaseless clamoring for changing Muslim names of places and replacing them with Hindu names. Several names of cities, towns, roads and squares have been ‘indigenised’. Recently, under BJP regime names of towns such as Faizabad, Allahabad and names of roads like Aurangzeb Road and others in Delhi have been changed. Having changed names of these places, the rightwing clan feels in a state of triumphant satisfaction as if they had made a monumental achievement to be recorded in the annals of India’s history.

This obsessive craze to replace the truth of history with false and tendentious accounts of past events continues unabated in the days of rightwing ascendancy in India’s polity. An approach that militates against academic orthodoxy in historical studies and vitiates scholastically valid perspectives on Indian history. This exercise of revising Indian history so it may project a ‘Hindutvadi’ version of it undermines objective neutrality of historical accounts assiduously preserved in the chronicles of fact-finding travellers like Megasthenes, Faxian, Al-Biruni, Ibn Battuta and others. Dedicated students of history would call it a glaring intellectual heresy. A true study of history must be entirely free from ideological prejudice and satisfy the human desire to see the events of human history unwarpped by deceit, malice or political interest.

A host of viciously devout radicals even went further. Not being satisfied with this willful mutilation of historical integrity, they flouted all limits of intellectual and proprietary ethics and began to lay claims on Muslim heritage, patrimony and community endowments. Babri Masjid was an unfortunate casualty. The Indian Muslim community peacefully submitted to the verdict of the Supreme Court upholding the constitutional supremacy of the prime institution of justice in India. Call it Indian Muslims’ magnanimity, fortitude, endurance or stoic resignation. Nevertheless, it will be yet another monumental fact of sacrifice that will be engraved on the memory of the nation.

One thought on “Historical objectivity and popular faith”

Why Delhi violence -2020 was pogrom

By Aamir Raza What happened in North East Delhi last year was not a riot but a systematic executed anti-Muslim violence or Pogrom. The anti-Muslim riots raged through multiple areas…