A 26 year young resident of city Lallpura, Banaras, Manish Kumar Yadav has a heart felt story to tell how he feels after converting to  Islam. Mughees Ahmad, the new name which he adopted after he became Muslim says that the real ‘ghar wapsi’ is that which liberates the person from all the worldly barriers and returns himself to the ONE who is the Lord of all including Hindus.

Recounting his old days of struggle when he became Muslim, Mughees Ahmad, an IT engineer told when he was a student; he used to hear a lot of story of bomb blasts in India and around the world and names of Muslims behind the attack being circulated in the Media. Reacting to  such  news, his father used to say that Prophet Muhammad made Islam spread through sword and now  toadys’ Muslims are trying to spread Islam through modern sophisticated weapons. His father response was a turning point in his life .Mughees, being a science student started studying about Islam and read Quran and the life of Prophet Muhammad extensively.  He has studied the life of Prophet about five years and after getting convinced and decided to revert to Islam.

“How can a person like Muhammad (PBUH) preach violence when his entire life is epitome of non-violence” ? asks Mughees while talking to Muslim Mirror.

In the course of studying about the life of Prophet he came across  the story of an old lady throwing  garbage on  Prophet  who later forgave  her.

When he read this story, he was convinced that a man who can forgave a habitual offender cannot be the person what his father was talking about.

Mr Mughees after studying other religions like Hinduism, Islam and Christianity as well came to the conclusion that Islam is the only religion which gives complete code of life.

He elaborated that if initiatives are not being taken to make this world a peaceful habitat, it would become an inhabitable place. He told this when asked about his accepting Islam at a time when situation around the globe is not at all favourable for mankind.

He added that he was persecuted at the hands of his father for his new found belief but he never retaliated as Islam exhorts its followers to pay utmost respect  to parents at any cost.  He told  that he is facing different kinds of threats to his life but he has firm belief in his faith that death is decided and inevitable and nobody is going to do any harm to him.

On being asked how he feels about the current situation of Muslims around the world, he replied that if  all Muslims had followed the total ‘Deen’which is missing from today’s Muslims life.

He feels there is hardly any similarity between what Islam  says and what Muslims practice.

‘He is a Muslim by choice and not by chance’ referring to the Muslims today who are mostly by chance as their forefathers were Muslims.

“He is not attached to any organisation and he preaches Islam independently mainly  among non Muslims moving to different parts of the country”, he told.

Asked about his personal life, he said he married a Muslim lady in 2012 as per Muslim law and currently he has two kids. 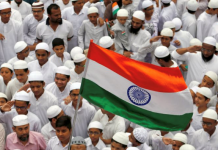 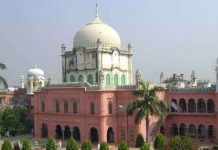