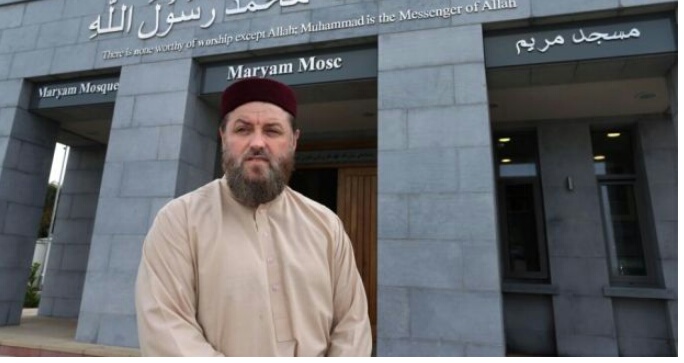 Since the year 2010, two noted academicians at George Washington University, Scheherazade Rehman and Hossein Askari, have been publishing a study called the “Islamicity Index” based on how a country’s economics, legal and governance, human and political rights, and international relations adhere to Islamic principles.

In other words, they are ranking how Islamic, Islamic countries actually are.

In addition to the index determined to measure the Islamicity of countries, they use 12 basic economic principles to rank countries every year.

These principles are fundamentally about equal economic opportunities, education and equal opportunity for employment for all, poverty reduction and prevention, and continuous social and intellectual development.

The recent study by both the authors published in the Global Economic Journal (vol. 10, Issue 3) titled *An Economic Islamicity Index* finds that Western nations apply Islamic principles in economics and business more than the countries known as ‘Islamic’ or ‘Muslim’ by demography or Constitutional declaration. The two researchers picked up 208 nations to rank them on an Islamic Economic Index. They placed Ireland on the first place, followed by Denmark, Luxembourg, Sweden, United Kingdom, New Zealand, Singapore, Finland, Norway and Belgium. Almost the entire European Union (EU) countries, Japan, Korean Republic and even Israel are shown to be more committed to Islamic principles in dealing with economy and business than any Muslim country. Malaysia is the first Muslim country in the list, at the 33rd place in the ranking of 208 nations.Interestingly, India is placed at 97th rank, while Pakistan and Bangladesh, two neighbouring Muslim-majority countries, are placed at the 141 and the 145th rank. The U S occupies 15th place, the Russian Federation and China are placed 45th and 62nd. Some Muslim countries that are better placed in the ranking are Kuwait (42), Kazakhstan (54), Brunei (55), Bahrain (61), UAE (64), Turkey (71), Tunisia (72), Jordan (74), Azerbaijan (80), Oman (82), and Lebanon (87). Saudi Arabia occupies the 91st place. Indonesia, with the world’s largest Muslim population, is ranked 104th.

One should not mistake Economic Islamicity with interest-free banking alone.

The study applies a broad spectrum of Quranic and Islamic principles on ways economy and business is conducted in the countries concerned. It delineates three principal goals of an Islamic economic system:

(b) Broad-based prosperity and job creation

These three central teachings of Islamic economics have been disaggregated into eleven areas of fundamental economic principles, which are:

2- Justice in all aspects of economic management i.e., property rights and the sanctity of contracts (Quran 2: 188 and 4: 29)

3- Better treatment of workers, including job creation and equal access to employment

6- A more even distribution of wealth and income.

7- Better social infrastructure and provision of social services through teaxation and social welfare,

9- Higher moral standard, honesty and trust exhibited in the marketplace and in all economic interactions, i.e. less corruption (with reference to Quran 13: 11, 17: 16)

10- Islamic Financial System i.e, risk-sharing, as opposed to debt contracts, i.e., a supportive financial system and elimination of speculation (with reference to Quran 2: 275, 276)

What is an ‘Islamic country’?

A few others do not take any stand on this issue but are members of the 56-member Organisation of Islamic Conference (OIC) merely because more than 50% of their population is Muslim.

The study attributes the low level of economic development to age-old problems of the developing countries such as failure of governance, inefficient institutions, high level of corruption, etc, which have nothing to do with Islam. The authors conclude that “it is our belief that most self-declared Islamic countries have not adopted economic and financial policies that are in conformity with Islamic teachings”.

The other side of the study

We need to ask whether the Muslim countries that outshine the others on the list but have a bad reputation in the Muslim world truly represent Muslims.

The index also does not mention certain facts as Muslim prayer, fasting, hajj and alms-giving, insisting  that it was prepared with a euro-centric perspective.

Therefore, one of the basic perceptions that this index creates is to propagate the problematic point of view and perception of Islam as a way of isolating Islam from the general public and limiting it only to the areas of worship.

Syed is editor in chief of Trade Fair Times
www.mqsyed.com