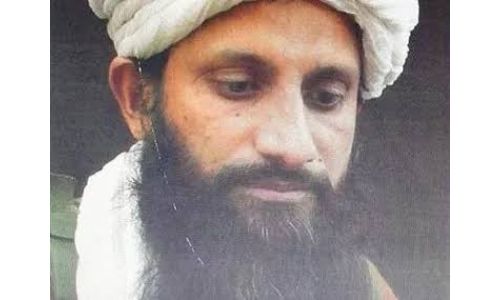 Sambhal, Oct 10 (IANS) He left home in 1998 after his father refused to give him money to go to Saudi Arabia.

Umar, head of Al-Qaeda in Indian Subcontinent (AQIS), was born Sana-ul-Haq in Deep Sarai locality of Sambhal district in the mid-seventies. The family is not sure of his exact date of birth.

According to family sources, who do not wish to be named, Sana-ul-Haq, known as Shanno in the family, did his graduation from the renowned Islamic seminary Darul-Uloom Deoband, but the seminary categorically denies having any student by that name.

“We have thoroughly checked our records and did not find any alumnus by the name of Sana-ul-Haq,” said Ashraf Usmani, spokesperson, Darul Uloom.

Apparently, the seminary does not wish to have any connection with a terrorist.

Sana-ul-Haq, incidentally, has an impressive family background. His grandfather was a village pradhan and his grand uncle was a freedom fighter. His great grandfather was a district magistrate under the British rule.

Brother Rizwan told local reporters that Sana-ul-Haq left for his studies in Deoband in 1993 and kept visiting them for the next five years thereafter.

“We lost all contact with him after 1998. In 2009, intelligence officials came to our house and informed us that Shanno was working for Tehreek-e-Taliban Pakistan and Al-Qaeda,” he said.

The family does not know how he came into contact with terror outfits. “We knew all his friends and many of them are still in touch with us,” said a family friend.

Following this, Sana-ul-Haq”s father promptly published advertisements in newspapers, disowning him. Sana-ul-Haq by then, had taken on a new identity and a new name, Maulana Asim Umar.

According to intelligence officials, Shanno a.k.a. Asim Umar is said to have travelled to Afghanistan, where he met Al-Qaeda chief Osama-bin-Laden and later joined Harkat-ul-Jihad-al-Islami (HuJi), a Pakistan based militant organisation which has branches in the Indian sub-continent.

For a short period before this, he is believed to have taught at a madarsa in Karachi, where he translated Jihadi literature from Pashto into Urdu.

In the years that followed Umar became a propagandist for terror outfits and authored four books on Jihad.

In April 2014, months before he was named leader of AQIS, Al-Qaeda identified Umar as the head of its Sharia committee in Pakistan.

According to reports, on 23 September, Afghan officials claimed that Asim Umar was killed in a joint US-Afghan military raid in Helmand province of Afghanistan. However, the United States and Al-Qaeda have not confirmed his death.

“For us, he died the day we were told that he has turned a militant. The family has suffered enough because of him. Our father died a sad man in 2017. Our brothers have been picked up innumerable times for questioning and we feel we are under surveillance all the time,” said another family member, who requested anonymity.

Senior police officials, meanwhile, said the case was being handled by Central intelligence agencies and they were not in a position to make any disclosures.